Miley Cyrus celebrated her award for 'Best Video' at the MTV VMA's in Amsterdam by lighting up a joint on the stage. 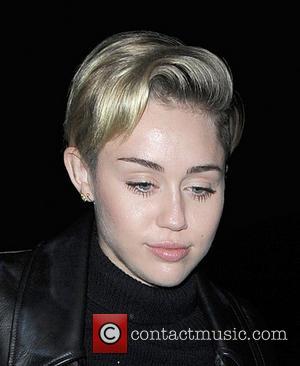 Miley Cyrus once again is making all the headlines at an MTV award show.

The controversy arose when Cyrus went on stage, whilst she was walking towards the microphone she pulled out a joint, lit it, and began to smoke it.

The ceremony was held in Amsterdam and as marijuana is legal there, Miley didn't want to waste this opportunity to experience some of the local culture.

Miley has already got her fair share of critics but now she will most likely garner more 'haters'.

Before the show even began fellow pop singer, Katy Perry, tweeted the following, "For tonight's performance of UNCONDITIONALLY on @mtvema I will be letting the LIGHT in & then making you SHINE! ?#dontneedtobehighforthis?."

The former Disney star responded to this with, "@katyperry @mtvema but you may want to be," to which Perry quickly replied, "@MileyCyrus #afterparty." Us Weekly reports, both singers later deleted these tweets.

The report also states a source at the award show told the mag Cyrus was smoking backstage through the night, and speaking about her actions, the source said, "No one was expecting it to happen. It was so brazen, so shameless. It was so uncalled for."

Miley opened the show, 'twerking' to a space themed rendition of her hit "We Can't Stop" while wearing a silver skin-tight dress, later she performed the track 'Wrecking Ball' in which she won an award for.

This stunt isn't as controversial as her now infamous performance at the VMA's from this past summer, but one thing is for sure, Miley is definitely one hell of an attention seeker. 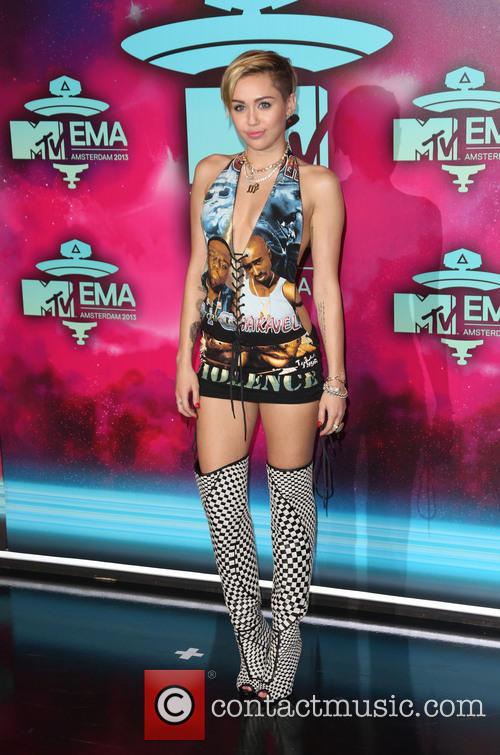 Cyrus arriving at the VMA awards