Miley Cyrus has posted a racy picture of herself getting ready for her MTV Europe Music Awards performance on Twitter. 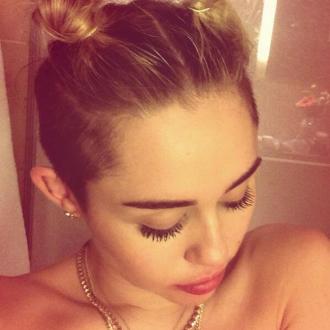 Miley Cyrus has shared a sexy shower selfie ahead of her MTV Europe Music Awards performance.

The 20-year-old star is gearing up for a show-stopping performance at the EMAs ceremony in Amsterdam, the Netherlands, tonight (10.11.13) and kept fans updated by posting a racy naked snapshot of herself getting ready on Twitter.

She wrote on Twitter: ''I got that shower time showerrrrrr time selfiiiie. (A la lana del ray) #happyemas. (sic)''

The accompanying image shows Miley wearing nothing but gold necklaces and earrings, with her hair pulled into two tiny buns on top of her head, a style reminiscent of her infamous VMAs performance in August.

The unforgettable moment saw the 'We Can't Stop' hitmaker grinding up against married man Robin Thicke while clad in latex underwear and provocatively wielding a giant foam finger.

Miley is no doubt going to take Amsterdam's Ziggo Dome by storm tonight, hinting earlier this week her set would involve aliens.

She said: ''[Dolly] has always been my role model. She's a legend and unlike anyone I've ever seen before.''