Miley Cyrus insists she doesn't ''go around just trashing hotel rooms and partying,'' and still believes she is a good role model. 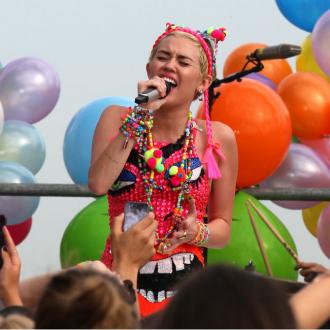 The 22-year-old star - who has been criticised in the past for posing naked, risky performances and admitting to using drugs - still believes she is a good role model for her young fans.

Asked what might surprise a stranger about her, the singer, who is the new face of MAC cosmetic's Viva Glam campaign, said: ''I'm not the way that people try to make me seem ... I don't go around just trashing hotel rooms and partying, that I'm actually working on, you know, music that I love and being involved in things that I love.

She said: ''Literally, I just had this conversation, I can't tell you. Apparently there's not a T in it.''