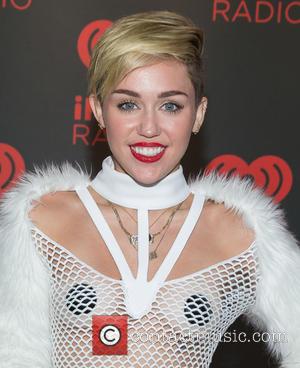 Miley Cyrus new wild child persona was out in full on the front cover of the Rolling Stone magazine as she poses topless whilst sticking her tongue out.

The 20 year old, in her new Rolling Stone interview, discusses some men in her life right now with one of them being Kanye West? Miley spoke about Kanye watching her rehearse for the VMA's and visiting her in the dressing room- "He came in and goes, 'There are not a lot of artists I believe in more than you right now,'" she recalls. "The whole room went quiet. I was like, 'Yo - can you say that again?!'" She laughs. "I just kept repeating that over and over in my mind, and it made me not nervous."

Another man Miley spoke about is her neighbour, comedian Steve Carell, who doesn't appear to be a fan of the twerking star as she said "He always gives me the stank-eye because I drive so fast,".

She added, "the other day I was trying to reverse and I almost hit a thousand things, and I was getting nervous because I could see him going [crossing his arms and sighing]. I'm like, oh, my God, 'Dan in Real Life' is watching me right now!"

However, when it came to recently ex fiancé Liam Hemsworth, Miley only said "One thing about sky diving," she said, "you really know who you love, based on who you call [afterward]." It turns out that she did not call the Australian hunk.

Miley also defended the now infamous VMA performance, what received a widely negative reception which was followed by a harsh backlash felt mostly by the young pop-singer. Miley made the point of "No one is talking about the man behind the ass. It was a lot of 'Miley twerks on Robin Thicke,' but never, 'Robin Thicke grinds up on Miley.' They're only talking about the one that bent over. So obviously there's a double standard."

The twerking former Disney star admits to not caring what the public think and she know who she is, which is all that matters. 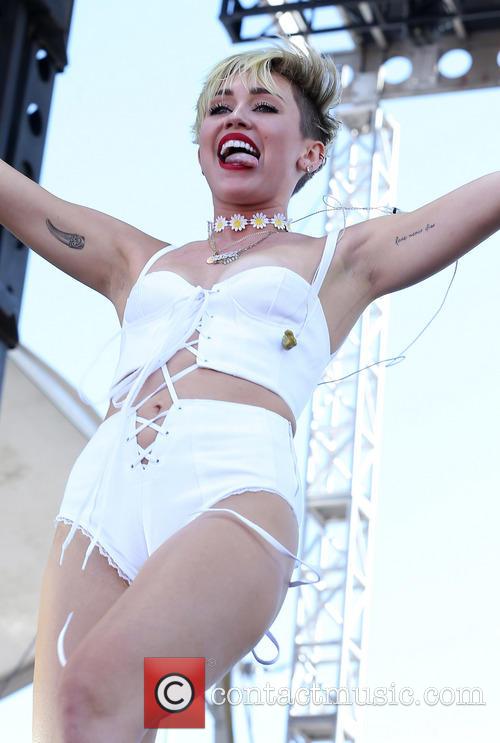