The magazine's latest cover girl made her interview a hands-on experience. 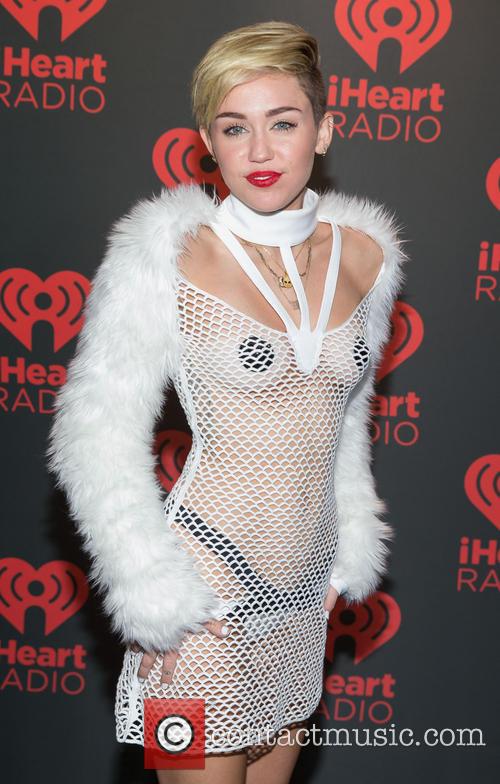 Miley's Loving The Attention On Her At The Moment.

The prevailing impression we're left with in the article is that Miley doesn't care: not about her fans or her music, but about the press, the paparazzi and the rather negative press she's received since her raunchy MTV VMAs performance last month.In fact, Miley want the world to know she cares so little, she's even got a Roosevelt quote inked on her arm that reads "THAT HIS PLACE SHALL NEVER BE WITH THOSE COLD AND TIMID SOULS WHO NEITHER KNOW VICTORY NOR DEFEAT." In other words, "haters gonna hate."

One of the more meaningful tattoos on the star's body; she was having "Rolling $tone" tattooed on her feet whilst being interviewed with intermittent screams. 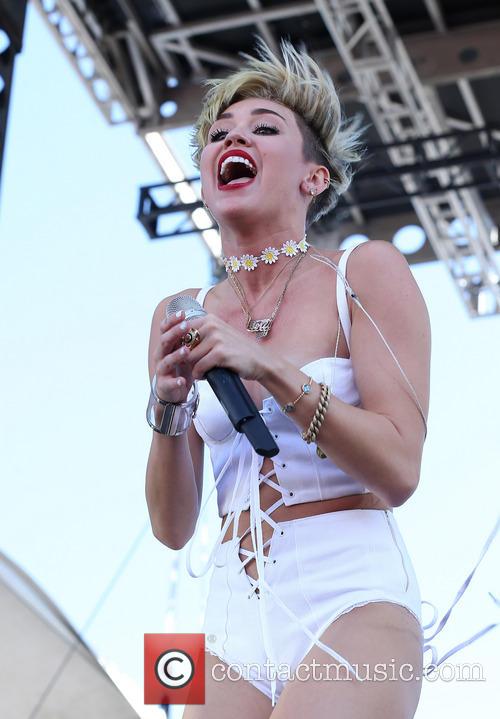 She's As Crazy As She Acts, But There's Reasoning Too.

Miley's transformation from wide-eyed Disney star Hannah Montana to the twerking, naked, shaven-headed, wild young artists she is now has been a steadier metamorphosis that people might believe. At the age of 15, she induced a backlash after she posed in some artfully naked shots for Vanity Fair. Still associated with Hannah Montana at the time, Miley was forced to apologise to her fans. 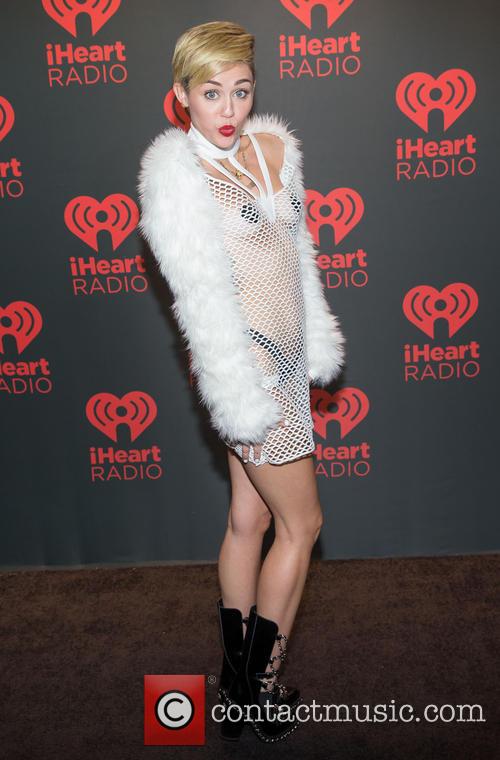 Though she's less flustered by the bad press than her critics would have her believe, Miley admitted at the time of the interview (four days after the VMAs), "I think it's an important time not to Google myself." Miley also spoke of how she perceives a certain inequality in the way her dance routine was reported, over and over again. "No one is talking about the man behind the ass. It was a lot of 'Miley twerks on Robin Thicke,' but never, 'Robin Thicke grinds up on Miley.' They're only talking about the one that bent over. So obviously there's a double standard," she grumbles. 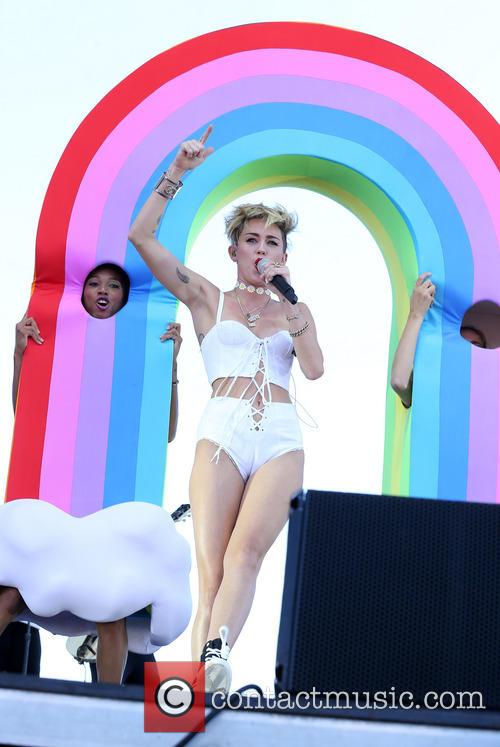 Miley Took Offence At The One-Sidedness Of The VMAs Press.

"America is just so weird in what they think is right and wrong," says Miley, continuing to talk about censorship on television: "I was watching Breaking Bad the other day, and they were cooking meth. I could literally cook meth because of that show. It's a how-to. And then they bleeped out the word 'f*ck.' And I'm like, really? They killed a guy, and disintegrated his body in acid, but you're not allowed to say 'f*ck'?"

Miley spoke about all the overwhelming support she received from fellow artists in the hours and days after the VMAs and in the midst of the press' hysteria over that performance, including Lil Kim, Pharrell and Kanye West. In particular, she said, West was a real rock especially in building her confidence before the show. In her dressing room "He came in and goes, 'There are not a lot of artists I believe in more than you right now[.]I just kept repeating that over and over in my mind." 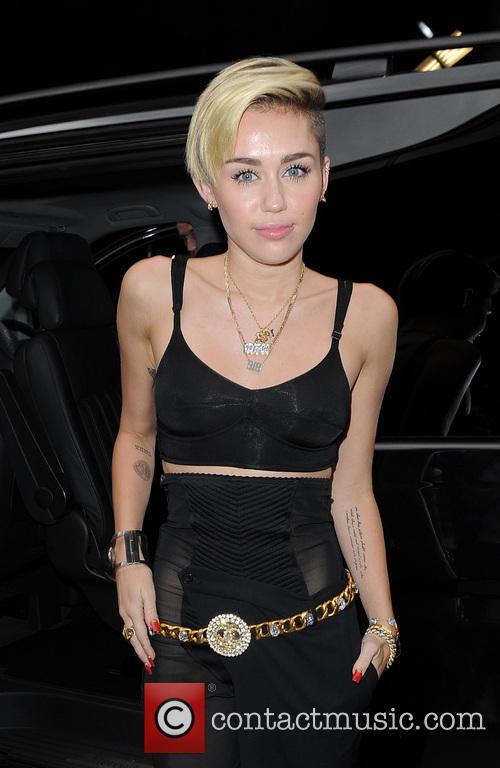 Miley Showed That Just Because She Does Crazy Stuff, She Hasn't Lost Her Grip On Reality.

Reading out a text from Pharrell, Miley said"The VMAs was nothing more than God or the Universe showing you how powerful anything you do is. It's like uranium - it has the power to take over lives or power entire countries. Now that you've seen your power, master it."

Miley and Eells headed skydiving and after a few early jitters filling out the forms, Miley told her companions "If I die, you guys are so f*cked."On the ground, Miley immediately contacts her mother to tell her how "awesome" the skydive was. She has to be prompted to text her now-ex, once fiancé Liam Hemsworth: the two would announce their break up a fortnight later. 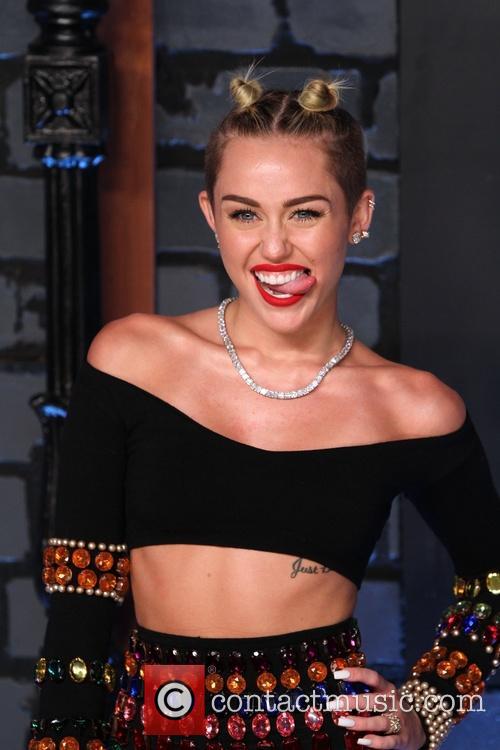 The Former Hannah Montana Star Spoke Of The Support From Fellow Artists.

The group go clubbing for the evening, eventually heading back to Miley's friend Ryan's Hollywood Hills mansion. It dawns on Miley that they're pretty much re-enacting her 'We Can't Stop' video. 'This is our house, this is our roof' house - this is the place! And these are the homies!"she shouts in the early hours "We're really living that life!"