Miley Cyrus paid for a couple's meal at a restaurant after she accidentally disturbed them while they ate. 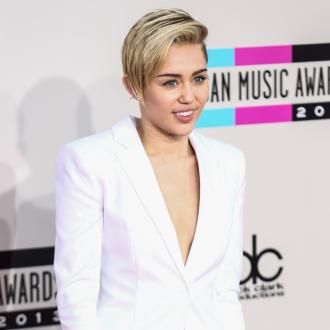 Miley Cyrus paid for a couple's meal after she disturbed them in a restaurant.

The 'Wrecking Ball' singer was reportedly noisy and caused a scene when she and a friend went into an upmarket eatery in New York, but after a couple complained, she immediately went over to apologise.

A witness explained to the National Enquirer: ''She went over and apologised and told the folks, 'I'm sorry, I've just had too much caffeine today.' Then she asked the couple about themselves.''

The pair were celebrating their second wedding anniversary, so generous Miley left $100 to cover their bill and posed for pictures with them.

Miley may be famous for her risqué outfits and twerking dance moves, but many people are surprised to find she is actually very down-to-earth and polite.

After she had guest appeared on US TV show 'Saturday Night Live', a source said: ''Everyone expected Miley to show up with major attitude - but were stunned when she turned out to be a major sweetheart.

''She went out of her way to be kind to everyone - just plain old nice - posing for pictures backstage and signing autographs for the crew.''