Plus is Miley’s little brother dating a Schwarzenegger too?

Just when you thought you’d seen all there is to see of Miley Cyrus, the singer has to go and take things a step further, this time by sharing a series of NSFW images from behind the scenes on her Bangerz tour. The images were previewed by Cyrus on her Instagram account and will be published by V Magazine in their latest issue, out Thursday.

So what's Miley up to now?

In one picture Miley is seen trying on a red wig, while another shows her in nothing more than a red bathing suit. Other images are a little more on the NSFW side, including one which shows the singer wearing nothing expect some strategically placed soap suds.

Cyrus captioned the Instagram post, “@vmagazine exclusive #diaryofadirtyhippie order yurrrr copy nowwwww cumzzzz w ol school pull out postahhhh photography by @cheythom fuck yaaaas weez a bunch of happy hippies ova hurrrr! Muah Vfam!” Which we think translates as, the images will appear in V Magazine on Thursday, they have been taken as Polaroids and a pull out poster is also included.

The pictures were snapped by photographer Cheyne Thomas during Cyrus’ headline making Bangerz tour. The tour which ran last year, encountered controversy due to everything from Miley’s costumes, to her dancing and even the props (yes giant hotdogs were involved).

In other Cyrus news, the singer’s relationship with Patrick Schwarzenegger (son of Arnold) seems to be going from strength to strength lately. But now it seems the two families are growing closer, as Miley’s 20 year old brother Braison is reportedly dating Patrick’s 23 year old sister Christina. 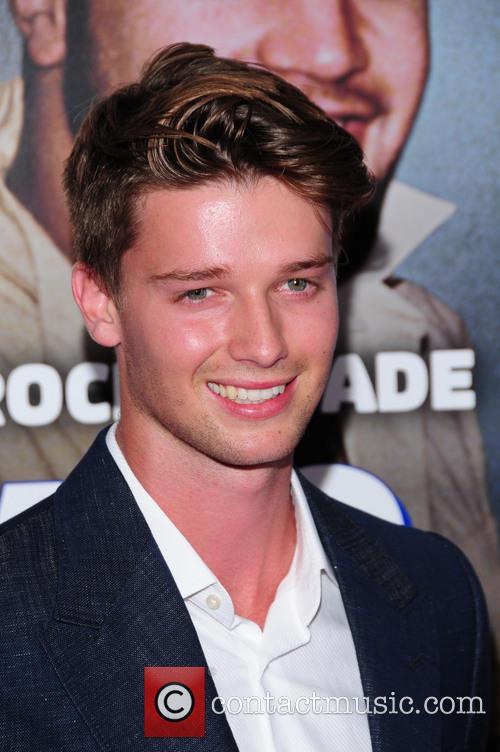 TMZ is reporting that brother Cyrus and sister Schwarzenegger starting dating a month after Miley and Patrick, who are said to have been together since November. Neither camp Cyrus or Schwarzenegger has commented on the rumours. Seriously though, who would have guessed that one day the Terminator's family would be so close to the children of Mr 'Achy Breaky Heart'?