The 'Wrecking Ball' singer claims that the intense experience of playing the part throughout her teenage years left her with "body dysmorphia".

Miley Cyrus has opened up about the effect that playing ‘Hannah Montana’ had on her as a teenager – and it wasn’t positive. She claims that playing the pop princess for five years left her with deeply ingrained anxiety issues about her body and her image.

The 22 year old spoke to Marie Claire about how comfortable she felt in her own skin, and she explained that the pressure of constantly acting as somebody else – both in ‘Hannah Montana’ and in the public eye away from the set – had a hugely negative impact upon her life during her formative teenage years, and left her with “body dysmorphia” as she struggled with her identity. 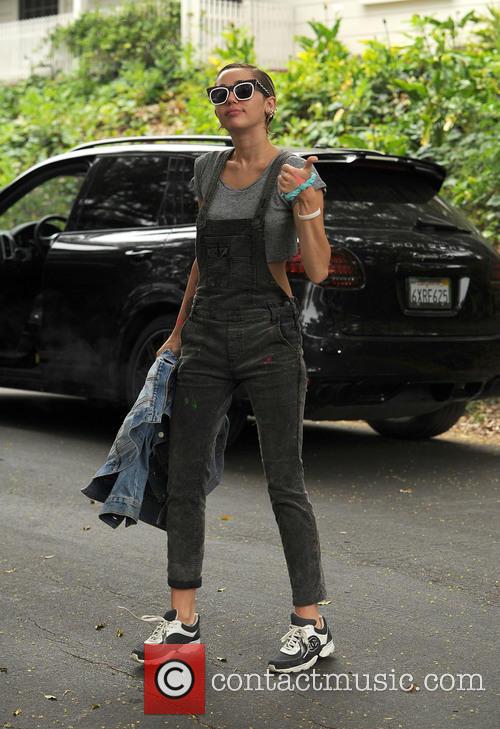 “I was told for so long what a girl is supposed to be from being on that show,” she said. “From the time I was 11, it was 'You’re a pop star! That means you have to be blonde, and you have to have long hair, and you have to put on some glittery tight thing.'”

‘Hannah Montana’ ran on the Disney channel from 2006 to 2011, and by the time it wrapped, Cyrus was 18 and struggled with her perception of herself. She claims that the show conditioned her to think that the glitzy image, with its excessive make-up and wigs, were the only way she could achieve beauty.

“I was made to look like someone that I wasn't, which probably caused some body dysmorphia because I had been made pretty every day for so long, and then when I wasn’t on that show it was like, 'Who the f**k am I?'”

She also revealed the practicalities of playing the bubbly Miley Stewart in the series, who lives a double life as a normal schoolgirl by day and pop star Hannah Montana by night. At the age of 16, she was working 12 hour days and having coffee “jammed down my throat” to keep her alert.

“Meanwhile, I'm this fragile little girl playing a 16 year old in a wig and a ton of make-up,” she said, which gave her unrealistic ideas about beauty at a young age. “It was like ‘Toddlers & Tiaras’. I had f****** flippers.”