Miley Cyrus is reportedly planning to set her 21st birthday party in a sex dungeon, with sources revealing she wants to go ''all out'' for the big bash later this month. 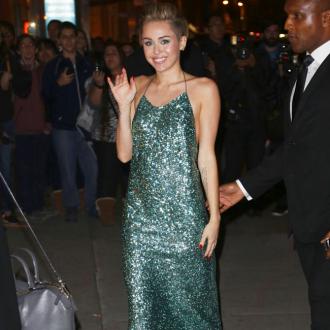 The controversial singer turns 21 later this month, and the milestone celebration will be typically raunchy, with event planners being told to make ''a sex dungeon'' for the bash.

A source told The Sun newspaper: ''Miley wants the party to be 'off the hook'. She's hiring all sorts. It's going to be a no-holds barred bash.

''She's enlisted party planners and asked them to create a sex dungeon with cages and whips.

''Penis-shaped party lights and male and female strippers are also on the bill. She intends to go all out with an open bar filled with Miley-inspired cocktails too.''

Although Miley's outrageous antics - including appearing naked in her 'Wrecking Ball' video and twerking against Robin Thicke at the MTV Video Music Awards earlier this year - have given her many critics, she was given some sound advice from pop icon Cyndi Lauper.

She recently revealed: ''The best advice I've been given was from Cyndi Lauper - she told me to go lasso the moon, meaning don't be afraid of anything.

''Just go and do anything you want to. I thought that was pretty cool and poetic.''