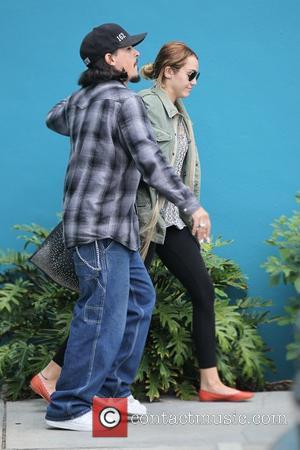 Miley Cyrus has emerged as the surprise frontrunner for the last remaining judging spot on the X Factor Usa - providing Britney Spears signs on the dotted line, as is expected. Simon Cowell is hoping to confirm Britney's place on the judging desk in the near future, and attention has now turned to the final vacancy.
A show insider tells E! News that Miley is on a shortlist to become the new judge, though Avril Lavigne is also on Cowell's wishlist. Lavigne is no stranger to the Fox show, having performed her hit song 'Complicated' with last year's finalist Chris Rene. However, it seems the pair are not the only ones being considered for the judging place, with the Hollywood Reporter suggesting Demi Lovato is also in the running. They say, "The deal is not yet done and could fall apart, but sources say Lovato's team is in final negotiations for the job".
Last month, E! News reported that Britney Spears had "basically" agreed a $15 million one-year deal to join the show, with an insider saying, "Both camps were back and forth on the money but now they have finally come to agreement on the fee.That was the big sticking point and now, thankfully, it's been sorted". Cowell is also searching for a new host, after axing Welsh presenter STEVE JONES.