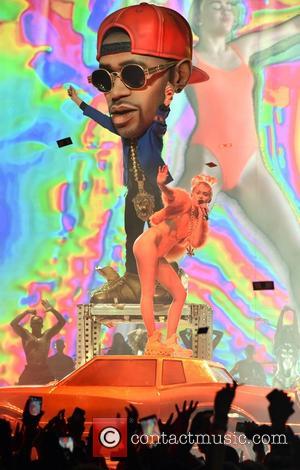 Life & Style, the same magazine which featured a pregnancy story in April (14), has a new source-led piece about the Wrecking Ball singer's latest "baby news" - but fans needn't fret as the story is false.

Her rep tells GossipCop.com, "It's not true. Every day she's (Cyrus) either dead or pregnant."

The insider tells the publication that Miley recently took two pregnancy tests; one came back negative and the other was positive.

The source says, "Friends are convinced she's in the early stages of pregnancy."