Miley Cyrus has kept mum on rumors she has split from Liam Hemsworth, though does her new tattoo hint at the reality? 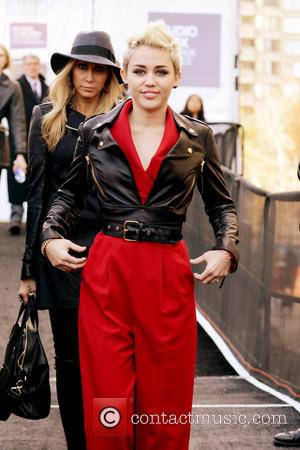 Miley Cyrus has a new tattoo. Twitter users who follow ink artist to the stars Kat Von D will already be aware of this, after she posted a photo of Miley's latest piece of body art on Friday (March 15, 2013). The 20-year-old has gone and gotten what Von D called "a miniature rendition of a Da Vinci anatomical heart," on her arm. A heart eh?

If the tabloids are to be believed, Miley has split from boyfriend Liam Hemsworth, with the Hunger Games star returning to his native Australia to spend time at the bachelor pad that his parents bought him. Cyrus has been spotted on the beach looking a bit glum.

The pair have always shared a passion for tattoos, with the 23-year-old actor getting a Teddy Roosevelt quote tattooed on his arm in October, according to the Huffington Post. It matched a quote from the same speech that Miley got a few months before. The Disney actress has plenty of tattoos, including a dreamcatcher on her torso, a symbol of marriage equality on her ring finger and two crossed arrows, which Kat Von D inked in February.

Rumors of a split first emerged after Hemsworth was spotted leaving a post-Oscars party with Mad Men actress January Jones. Neither star has commented on why they took off in the same car, though Liam's fiancee Miley has denied she has called off the couple's impending nuptials.

Miley Cyrus Has A New Tattoo, Thanks To Kat Von D