'Malibu' is the first song to be released from Miley Cyrus' forthcoming album.

It feels like it's been a long-time coming, but Miley Cyrus has finally returned with some new material (that isn't about her deceased pets) in the form of her single 'Malibu'. It's the first release from her forthcoming sixth studio album coming soon. 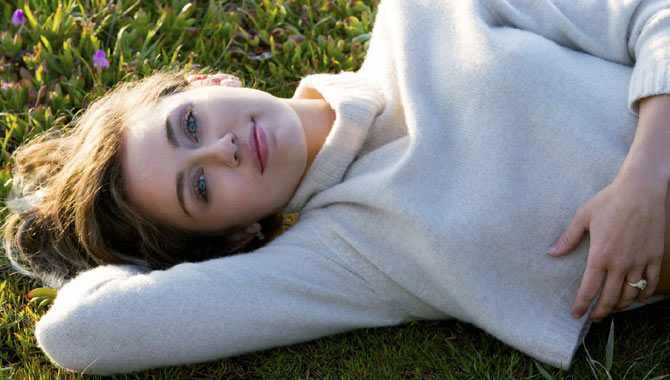 The video, directed by Miley and Diane Martel, sees her enjoying the natural world from fields to waterfalls, beaches to woodlands while wearing a variety of white outfits. It's an uplifting, sun-soaked track with a chilled out rock vibe that's just perfect to kick off the summer. But, more importantly, it's an ode to the love of her life Liam Hemsworth who, of course, lives in Malibu.

'Sometimes I feel like I'm drowning/ And you're there to save me/ And I wanna thank you with all of my heart', she sings in the tear-jerking tune, which has been produced by Oren Yoel and released yesterday (May 11th 2017) through RCA Records. Miley previously revealed that she wrote the song in the car on the way to 'The Voice' on her first day.

The new album will follow her 2015 album 'Miley Cyrus & Her Dead Petz', which she made available for online streaming and digital download only through her label Smiley Miley Inc.. Her last conmmercial album was 2013's smash 'Bangerz' featuring the hit singles 'Wrecking Ball' and 'We Can't Stop'.

More: Miley Cyrus reveals she's given up smoking and drinking

The song's television debut will be at the Billboard Music Awards on May 21st 2017, which will air on ABC. That will be followed by a performance at NBC's Today Show's Summer Concert Series on May 26th and iHeart Media's iHeartSummer '17 Weekend at Miami Beach in June.