Miley Cyrus Has Joined Forces With Activists At Pacific Wild In British Columbia To Protest The Canadian Wolf Cull. 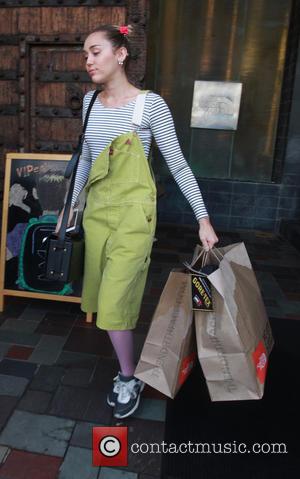 The animal lover has been speaking about about the cull on social media, and she recently took a trip to the Great Bear Rainforest with her brother Braison to visit scientists and activists in a bid to get more information about the efforts to keep the local wolf population down.

Canadian officials are hoping to increase the number of wolves killed this year, in order to protect the endangered caribou population, and Miley is now keen to raise awareness about the work Pacific Wild activists do, stating, "I can't believe I'm not a biologist and I'm a pop star. That's ridiculous."

She adds, "What I do is really unimportant, but if I didn't do those things then I wouldn't have the voice that I have to be the megaphone for what these amazing people have researched for so long and can teach me.

"When I first spoke out, I knew in my heart that the wolf cull was wrong. But after this visit, I know science is on my side, not just on the wolf cull, but also on the trophy hunt issue. Both are unsustainable and both are horrific. Both have to end."

She shared a photo from her trip to Canada on Instagram on Monday (21Sep15), and captioned it: "I may have left B.C. (British Columbia) for now but my heart is still very much there... Along with the grizzlies that when I first locked eyes with changed me forever & the wolves that sing such beautiful songs calling out for one another...

"But the hearts of everyone in this photo... the people of First Nations and caring humans of B.C. will be broken if these amazing creatures are no longer a part of the #GreatBearRainforest."

Cyrus added, "WE ARE THESE ANIMALS... What separates us from the animals and the land we want to protect is our vocal ability and freedom of speech. It is our responsibility to give the GBR (Great Bear Rainforest) & all the animals it provides a home for a voice! Not only have I fallen head over heels in love with BC but I am completely enamored with @pacificwild and all they do to protect this magnificent place."

Miley isn't the first music star to protest a cull - Queen rocker Brian May famously led a campaign to fight for the rights of badgers in his native England.