The pop star leapt offstage to plant a smooch on Perry.

Miley Cyrus frequently encourages her audience to make out with each other during her current Bangerz tour and so the pop star decided to show the ecstatic crowd how it should be done. On Saturday night at Los Angeles' famous Staples Center, Miley performed her recent hit 'Adore You' which lead to her sharing a smooch with another pop megastar. 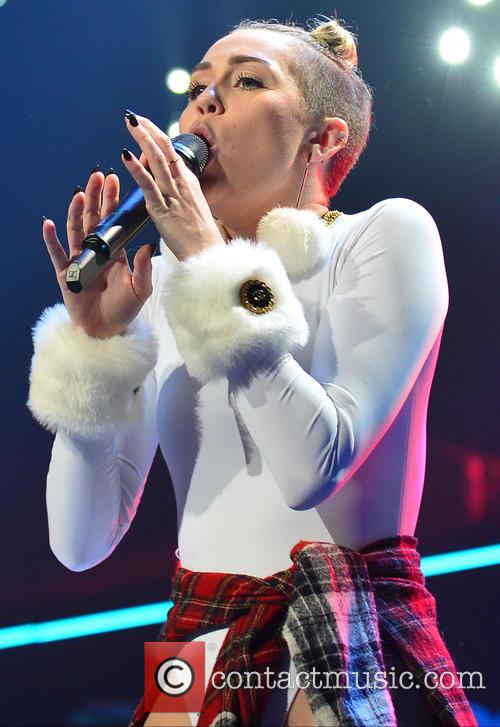 After Encouraging The Crowd To Make Out, Miley Shared A Kiss With Katy Perry.

Katy Perry, who was dancing away in the audience in front of the stage during 'Adore You,' was met by a surprise kiss from Miley, who leapt from the stage. Perry rushed forward and the pair locked lips before Miley squealed with delight and got back onstage to perform.

The rendition of the love song was far from perfect because Cyrus was frequently distracted by members of the audience, who she'd asked to make out with each other during the song in order to get on the stage's giant video screens. "I don't know if you know this, but tongue is really appreciated at a Miley Cyrus show," the singer encouraged, according to Billboard.

The tune's emotional themes were lost amidst the one-upmanship and debauchery of the largely young teen audience who clamoured to impress the rebellious star by being filmed kissing. "I just kissed a girl and I really liked it a lot," Cyrus announced, referencing the bi-curious lyrics of Perry's most famous hit, 'I Kissed A Girl.' 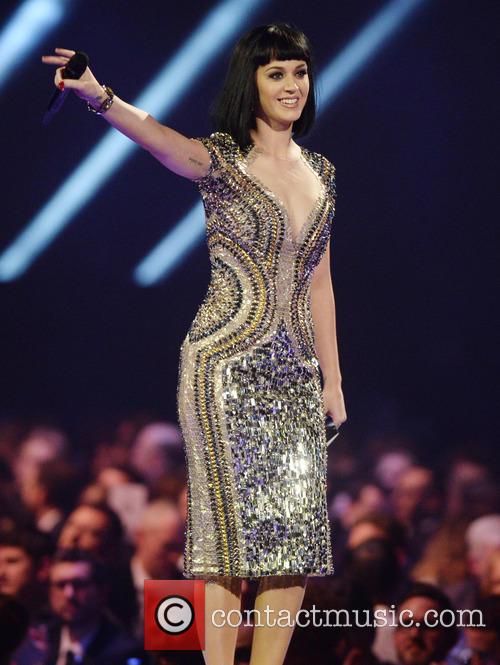 'I Kissed A Girl' Katy Perry Was Only Too Happy To Oblige To Miley's Request.

The electric excitement within the arena is evident from the deafening fan footage posted online but Cyrus' show last week was hit with calls to be cancelled after disapproving parents complained about the effect that the raunchy routines might be having on their children.

MSN reported that the tour organisers had been forced to call emergency meetings after outraged parents demanded refunds and auction site eBay suddenly became awash with tickets for sale.

Miley's onstage antics, which have included miming oral sex on a Bill Clinton imitator, grinding on a giant, flying hotdog and pretending to pleasure herself on the bonnet of a car, have drawn strong reactions in the media with many saying the 21 year-old singer has gone too far.