Miley Cyrus has reportedly been ''hooking up'' with her long-time friend and comedian Dane Cook in recent weeks. 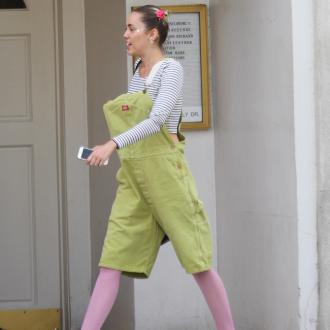 The 22-year-old singer, who was most recently linked to Victoria's Secret model Stella Maxwell, has reportedly been ''hooking up'' with the 43-year-old comedian in recent weeks.

A source close to the 'Hands of Love' hitmaker told Us Weekly magazine that the duo have been friends for many years.

The pair were first spotted dancing at a party in Los Angeles in December 2013.

Miley, who split from former fiancé Liam Hemsworth in 2013 and recently described herself as ''pansexual,'' denied she was in a serious relationship with Stella last month.

She said: ''I'm very open about it - I'm pansexual. But I'm not in a relationship.

She later added: ''Stella's awesome but as soon as you hang out with someone, everyone thinks you're in a relationship. And I'm like, you can't just assume that everyone I'm sitting at dinner with is a date.

''Then you break up and it's everywhere. And it's like, 'They've moved on' but actually often it's all good.''