Miley Cyrus In Tears Over Deceased Dog During Boston Concert

The "broken" pop star tried her best to put on a good show but grief took over.

Miley Cyrus couldn't help but break down into tears at last night's Bangerz tour stop-off in Boston. Having described the day as the "3rd worst" of her life, the pop star had been mourning the unexpected death of her beloved pet dog, Floyd. It is not known how the Alaskan Klee Kai died on Tuesday but he was honoured by the 21 year-old star with a Fleetwood Mac song tribute. 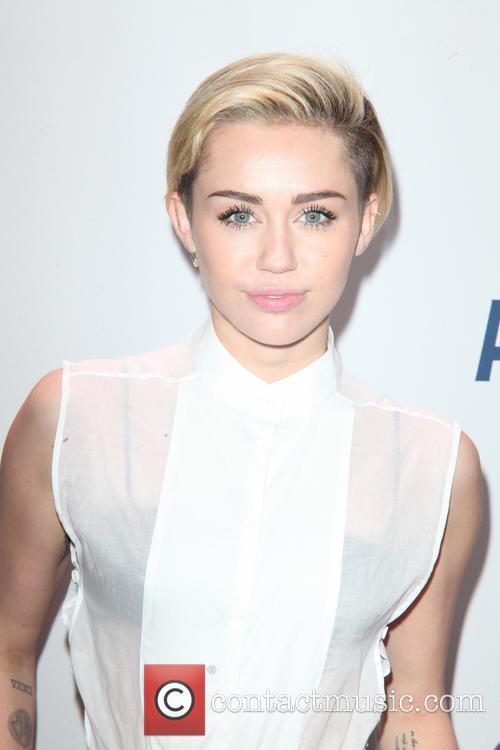 "I'm sure you guys already know, but the reason that I'm so upset is my dog, I shouldn't say he was my favorite but he was my favorite, he passed away," Miley told the audience, adding "I just wanna do a song for him. We used to always listen to Fleetwood Mac together, it's his favorite song.so I wanna do this song for Floyd. This song is Landslide." 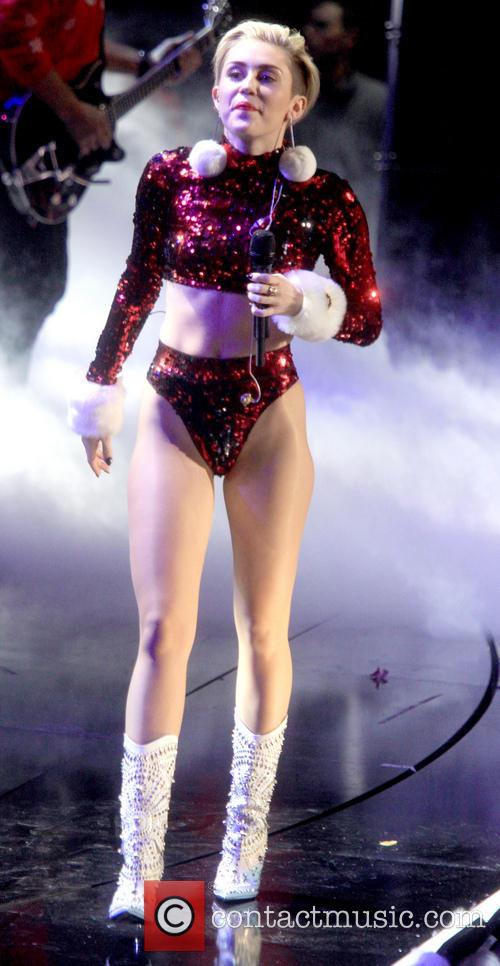 Miley Teetered On The Verge Of Sobbing Throughout The Show.

Instead of the raunchy onstage antics that Miley is known for, she delivered a sweet yet sombre take on the classic Fleetwood Mac track but had to pause several times because she was crying.

I know I don't mean it but I wish he would've taken me with him  this is unbearable. What am I gonna do without him? pic.twitter.com/Jq9HEvBsw6

She then performed a cover of Coldplay's tear-jerking track, 'The Scientist,' before her sister Noah rushed on stage to give her a comforting hug. The singer's anguish began on Tuesday when she found out that her dog has died whilst she was in the middle of her long Bangerz tour. "Today is the 2nd worst day of my life," she tweeted at the time, before adding that she was so upset she wished he had taken her with him. 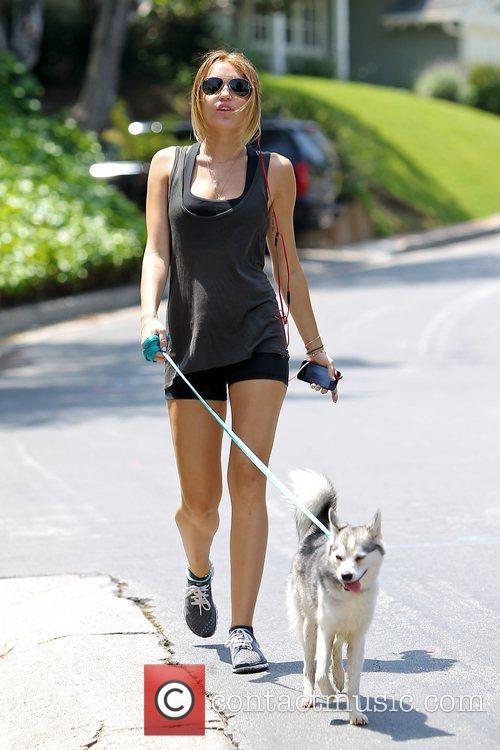 Miley With Floyd In March 2012, Not Long After She Had Bought Her Dog.

The devastated star wrote: "I don't wanna say it because I don't want it to be real... But my precious baby Floyd has passed away. I am broken. I know I don't mean it but I wish he would've taken me with him this is unbearable [...] What am I gonna do without him? I am miserable."

More: What a tour! Find out about when the Cyrus tourbus burst into flames.

More: Why are Miley Cyrus and Madonna teaming up again?

Hear 'Adore You' By Miley Cyrus: