Miley Cyrus is reportedly ignoring her boyfriend Patrick Schwarzenegger's calls after he was photographed getting close to his ex-girlfriend Taylor Burns. 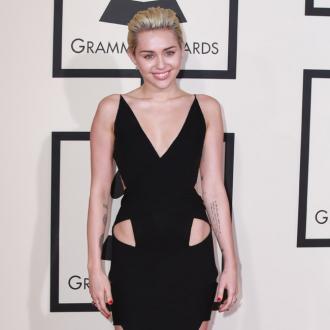 The 'We Can't Stop' hitmaker has reportedly been left fuming after photographs emerged online of the 21-year-old actor with his ex-girlfriend Taylor Burns.

A source said: ''At first, she was going to just let him panic.

''She wanted to figure out what she wanted to do with their relationship before they finally talked things out. But after seeing these new pictures? No way.''

The new images - which show Taylor rubbing sun cream onto Patrick's back - are believed to be the last straw for the ''livid'' 22-year-old singer.

Another insider added to HollywoodLife.com: ''She was OK with the previous pictures for the most part, the new pictures - she is livid.''

It comes just weeks after a source claimed the couple were ''practically engaged''.

A source said at the time: ''Miley is telling everyone she's found The One. And he's totally under her spell. They're as good as engaged.''

And whilst things didn't get off too well with Patrick's parents Arnold Schwarzenegger and Maria Shriver, Miley is believed to have just accepted his parent's opinions for what they are and isn't letting it affect how she feels about Patrick.

A source added: ''Miley knows that it won't work with his family.

''But she's madly in love and told Patrick they should run off to a tropical island and even Las Vegas and take the plunge, just the two of them. Miley pretty much sets the agenda in the relationship.''