Miley Cyrus insists she didn't pressure Joe Jonas into smoking weed after the star revealed he was introduced to the drug by her and pal Demi Lovato when they were teenagers. 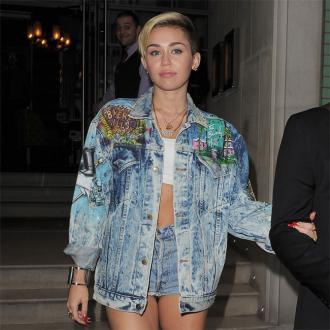 The former Jonas Brothers star recently revealed the 'Wrecking Ball' hitmaker and his former girlfriend Demi Lovato introduced him to the drug while they were all young stars working for the Disney Channel, but Miley says she didn't make Joe do anything he didn't want to.

She told the New York Times newspaper: ''If you want to smoke weed, you're going to smoke weed. There's nothing that two little girls are going to get you to do that you don't want to do.

''I thought maybe he was saying that like it was going to make him look badass.''

The 21-year-old pop star also believes it would have been impossible for her and Demi, 21, to have influenced Joe, who is three years their senior.

She added: ''We were so young that it's actually like, 'How did you get peer pressured by me?' ''

Joe previously said he was 17 or 18 when he first tried weed with Miley and 'Heart Attack' singer Demi.