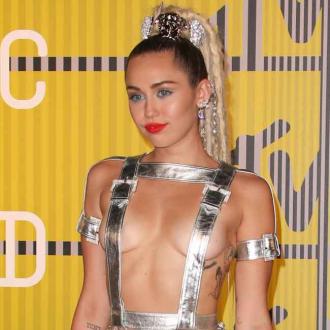 An insider told E! News: ''There were fake lines of cocaine on the tables and people bobbing for penis toys in a vat of milk.''

A customised cake featured a Barbie doll throwing up in a toilet.

The source claims the 'We Can't Stop' hitmaker spent the night twerking on stage with her dancers and smoking marijuana.

Big Sean, Vanessa Hudgens, Kylie Jenner, Jared Leto and Rita Ora were among the well-known guests at the party in the club at The Hollywood Roosevelt hotel.

Miley's current love interest Stella Maxwell also attended the bash even though the starlet, who was previously engaged to Australian actor Liam Hemsworth, recently insisted they aren't in an exclusive relationship.

She previously said: ''I'm very open about it - I'm pansexual. But I'm not in a relationship.