She sobbed as she thanked the politician for being an inspiration.

Hillary Clinton is a huge inspiration to many Americans, especially the female writers of 'The Tonight Show'. But it was Miley Cyrus who really put her heart into Jimmy Fallon's Thank You Notes section this week when the iconic politician made an appearance on the show. 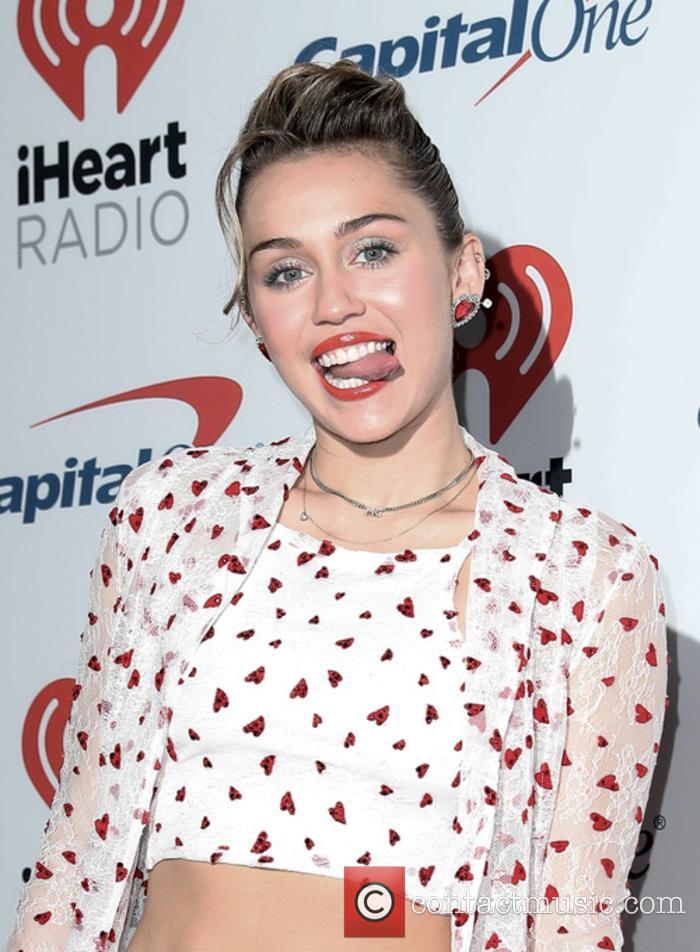 Despite the fact that she lost the Presidential election to Donald Trump, Hillary Clinton has remained a hugely important political figure for millions of people, particularly women and girls in America. Thus, it seems only right that she would be the subject of 'The Tonight Show''s Thank You Notes. But for Miley, this was far from a comedy moment.

'Thank you Hillary for being a constant beacon of strength, hope and determination for me and millions of other young women', she said, her voice cracking as tears spilled from her eyes. 'You've been a role model and an inspiration and a voice of reason in uncertain times. I could go on and on but I'd like to get right to the point: can I give you a hug?'

Hillary seemed as thrilled to meet the young singer as the Miley was to meet her, and embraced her happily before asking if she could write her own thank you note. Needless to say, it was Miley's best day ever when she quoted her.

'Thank you Miley, the Tonight Show writers and all of the women and young girls out there. You are smart, strong and deserving of every opportunity', said Hillary. 'Together we've made our voices heard, we've done great things and we've come a long way. But as Miley would say: we can't stop and we won't stop.'

More: Miley Cyrus gets political at the iHeartRadio Music Festival

The final sentiment was reminiscent of Miley's political statement at the 2017 iHeartRadio Festival. 'It's not a 'Party in the U.S.A.' if we don't have equality, unity, justice, compassion, kindness, opportunity, healthcare, education, non-violence', she explained to her audience ahead of her final song. 'And if we all f***ing come together we'll f***ing make sure that it is, because I'm not giving up. We can't stop.'