Looks like Miley's got a new gig- she's turned her hand to jewellery design, debuting some pieces at New York Fashion Week. Her designs were modelled alongside clothes by her friend designer Jeremy Scott as his show on Wednesday (August 10th). 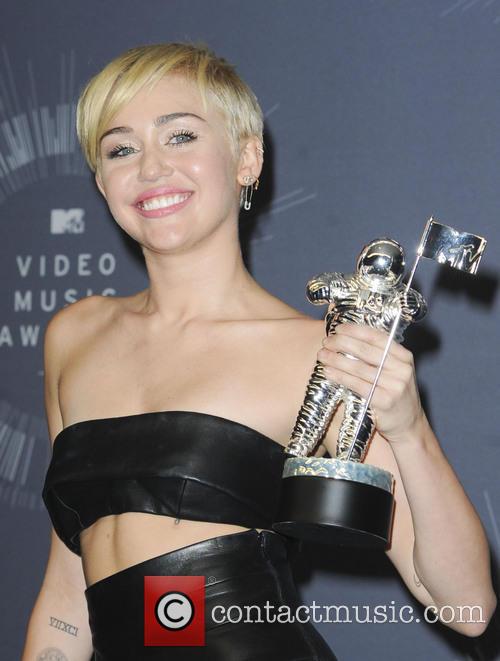 Cyrus has been an actress, a model, a singer and now she's turning her hand to fashion design

Cyrus also created some art pieces for the show which were displayed on podiums around the venue where the show took place. Entitled the 'Dirty Hippie' collection, everything was characteristically Miley- neon colours, nineties throwbacks, and a whole lot of Marijuana leaves. The bright designs looked a little like something you might have sported back in childhood, but teamed with Scott's wild but fun clothing, it made for a bright and bold collection that's perfect for summer. Next summer, that is.

Over at Associated Press, Scott explained backstage how Cyrus and himself came to collaborate: "We live really close to each other in LA, and she had a little party and I came over, and she started showing me these things she was making, and I said 'Wow, this kind of looks like my collection — it's colorful and stream-of-consciousness and everything just kind of goes and somehow works. I was like, 'Oh my god this looks so cool, would you think about doing something?'"

Naturally Cyrus turned up to the show wearing a Scott outfit and jewellery of her own design, including a crazy headpiece that featured an air freshener and plastic ice creams. It's no surprise Cyrus has turned to fashion design as she is known for her distinctive style that is loved and loathed by the public in just about equal measure. Earlier this week she made a splash at the Alexander Wang afterparty when she showed up topless, wearing only tiny ice cream shaped nipple pasties.