Miley Cyrus didn't sit on Santa's lap, she twerked! The 21 year-old performed her controversial dance move on a bad Santa at the 2013 KIIS FM Jingle Ball. 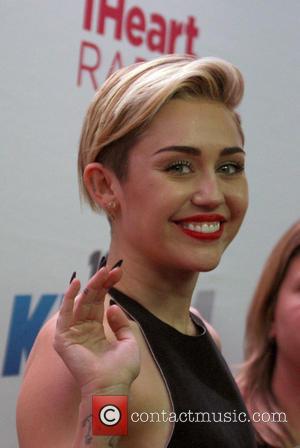 The 21 year-old, wearing a red sequenced turtleneck bikini, got her twerk on with the man himself, Saint Nick!

The controversial dance move came at a night where Cyrus played several of her hit songs for the crowd and once again got people talking about her performance.

Miley began twerking during singing her smash hit 'We Can't Stop', the lucky young man dressed as Santa was a bad Santa, as he held a black paper bag with an alcoholic concealed inside.

The 'Wrecking Ball' singer's attire even consisted of huge white handcuffs and a pair of rather large black boots.

"You are a VERY BAD Santa @CheyneThomas," Miley tweeted along with a photo of her grinding on the costumed man.

The performance, at Los Angeles' Staples Center, consisted of the tracks 'We Can't Stop,' Party in the USA, 'Get It Right' and a cover of Lana Del Rey's hit song 'Summertime Sadness', with Cyrus telling the crowd, "I don't know about you guys but I'm super excited for Christmas and I'm stoked to be here in my red sequins and my fur!"

The 'Bangerz' hit maker finished her set with the controversial single 'Wrecking Ball'.

An attendee at the concert told Us Weekly, "[She] was full of energy giving lots of spark throughout her performance. She was the perfect guest to close the evening, It seemed that most concertgoers were there to see Miley. The arena was completely packed until she left the stage." 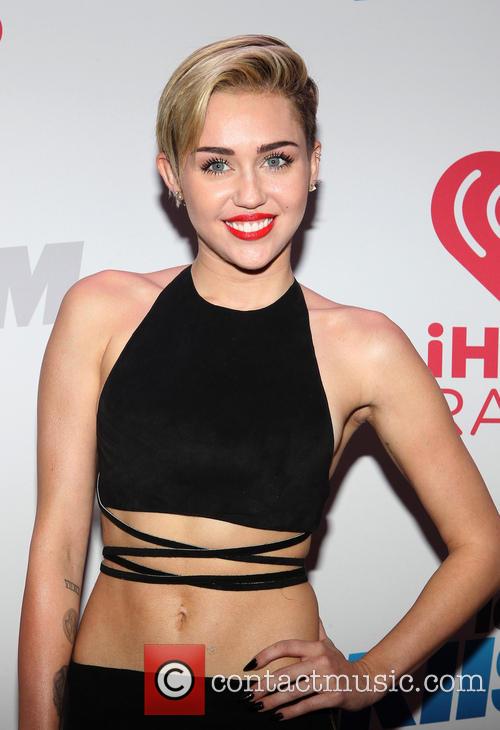