There’s always a lot to learn about your partner at the beginning of any relationship, but for Miley Cyrus spelling her boyfriend Patrick Schwarzenegger’s surname is proving to be the hardest hurdle to overcome. Appearing on ‘Good Morning America’ the singer revealed she couldn’t spell her new beau’s last name, while promoting her new MAC cosmetics collaboration. 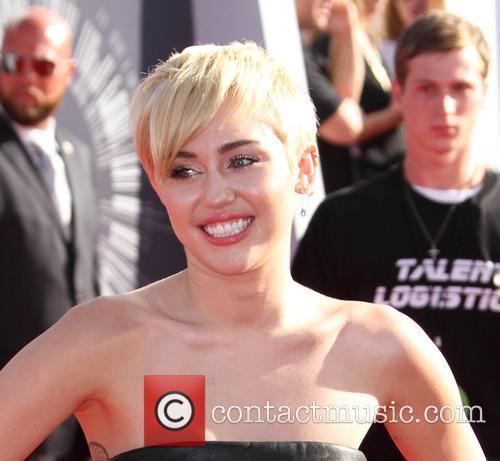 When asked if she had grasped the spelling of Patrick’s famous surname yet, Cyrus said "Literally, I just had this conversation, I can't tell you. ” Before joking, "apparently there's not a T in it.”

Cyrus and Schwarzenegger first went public with their romance back in November and have since been frequently pictured out and about together. It is thought Patrick will accompany his girlfriend to this year’s Grammy awards where the singer is nominated for best pop vocal album for Bangerz.

Speaking about the nomination Cyrus told GMA, “I’ll probably never get it, but I’m stoked about the nomination.” The 22 year old singer was appearing on the ABC morning programming to promote her new MAC Cosmetics Viva Glam campaign, which donates 100 percent of proceeds from her lipstick to the MAC AIDS fund.

“It's fun for young people to get to buy a lipstick and know that it's going to actually go to changing the way that their future is going to be,” the singer said.

More: Miley Cyrus Gives Us A NSFW Glimpse Behind The Scenes Of X-Rated 'Bangerz' Tour

But Miley also addressed those who feel the former Disney star is no longer a good role model for young people, due to her image change in recent years. "What is important to teach people is that ... you can't judge other people," Cyrus said.

Adding, "I'm not the way that people try to make me seem ... I don't go around just trashing hotel rooms and partying, that I'm actually working on, you know, music that I love and being involved in things that I love."

Every penny from my @MACcosmetics goes to da @MACAIDSFund to help those affected by AIDS  http://t.co/jXnx3vsLoK OUT TODAY YAY!!!!! $milers we tryin to be the loudest and proudest vivaglammmmyyyyjammmzzzz yet!