Cyrus performed in disguise with Fallon at the 50th Street station for 'The Tonight Show'.

Miley Cyrus became a master of disguise this week as she busked a selection of her hits to commuters at a New York City subway station – and almost went unrecognised as she did so.

The 24 year old pop star took over Jimmy Fallon’s ‘The Tonight Show’ on Wednesday evening (June 14th), and teamed up with the host for a number of musical segments. One of these was a recording of her donning a hat and sunglasses for an incognito busking performance at The Rockefeller Centre. 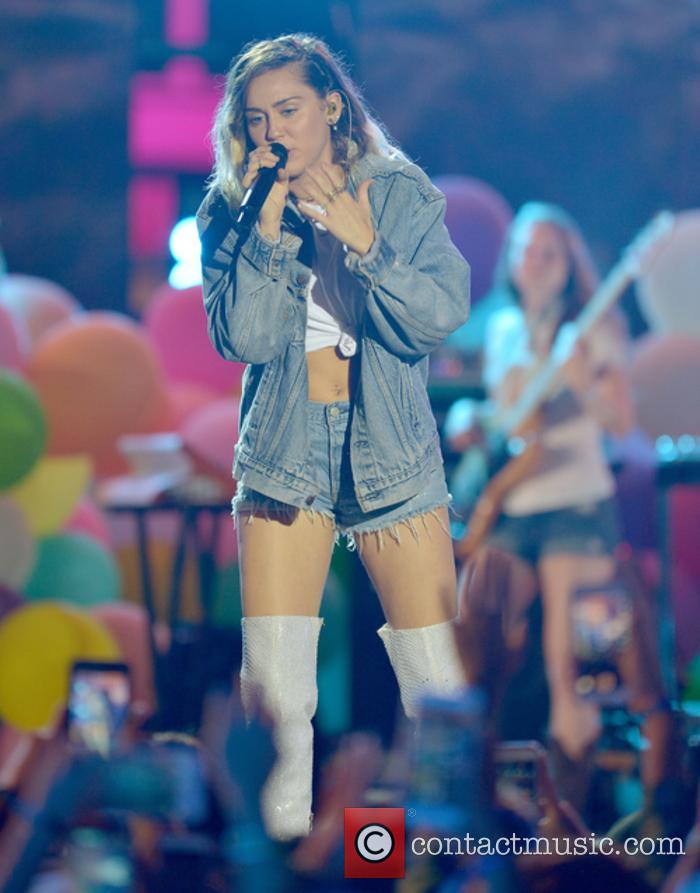 Cyrus got hold of a conspicuously large hat, a brunette wig and big sunglasses for her acoustic set, and Fallon made use of a similar disguise and stood at the back shaking a tambourine in time to Cyrus’ acoustic guitar. As a crowd began to gather round, Cyrus broke into a rousing rendition of Dolly Parton’s hit ‘Jolene’.

As the audience clapped along, some began to pick up Cyrus’ distinctive twang in her vocals and realised, excitedly, who was under the floppy hat.

Eventually, Cyrus ripped off her hat and wig to reveal her trademark blonde locks, and fans eagerly whipped out their phones to capture the unique moment.

“This is my first time [playing] at the subway station,” she cried out before launching into her hit ‘Party in the USA’.

Cyrus, who is engaged to marry her fiancé Liam Hemsworth at some point this year, is currently on the comeback trail, with a new album expected to follow the recent announcement of single ‘Malibu’.

As well as performing that track and another newbie, ‘Inspired’, on Fallon’s show, Cyrus took part in a game of Google Translate Songs, in which the lyrics of popular hits are translated into other languages and then back to English.