Miley Cyrus Spends $4,000 On Chicken Wings at Buddy's In Glasgow

Miley Cyrus spent £2,400 - about $4,000 - at Glasgow's southside American diner Buddy's following her show at the Hydro on Monday night. The star was spotted taking in some of the city's sites, including the famous necropolis and Glasgow University, but it was all about the Shawlands eatery after the show. 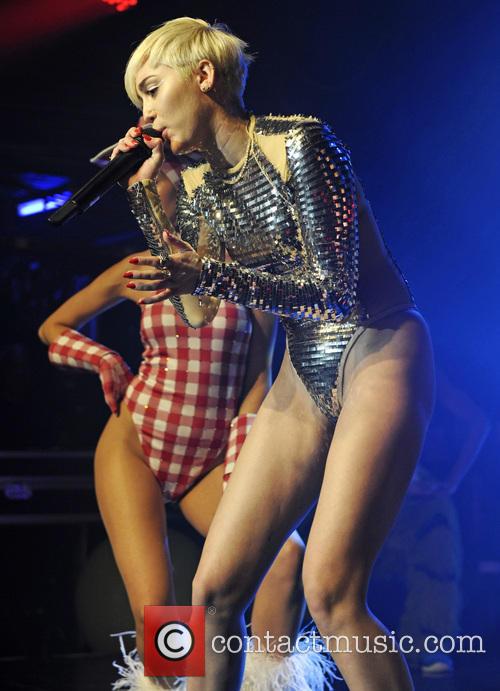 According to STV, the star racked up $2,400 by ordering a round of food that included 6 BBQ platters, 53 chickens plus wings, slaw and mac and cheese - leaving the owners delighted.

More: see our pictures of Miley Cyrus performing at G-A-Y

"She ordered everything straight from the menu, there was no pretentious demands," said Buddy's Bar Diner and Grill general manager Stuart Chree.

"The head chef at the Hydro, who is an old friend of one of our owners, Chris May, phoned this morning to place the order."

Stuart added: "Miley is from Tennessee, where our style of food is very popular. But this is a first for us, catering for a Hydro performer, so it was completely unexpected."

Miley's Hydro show continued her much talked about European tour, which has included a backdrop of suggestive stage props and racy outfits.

Watch Miley Cyrus getting bothered by fans after SNL:


Jonathan Geddes' review of the Glasgow show in Herald Scotland said it all: "A giant version of her recently deceased dog appeared, with glowing eyes, and her hard-working dancers frequently donned ludicrous costumes. This, at least, donned down the sexual antics, given that it's hard to take raunch seriously when delivered by someone dressed in Sesame Street inspired garb."