Miley Cyrus' new boyfriend is mortified by the state of her home and doesn't want to spend much time there because it is so dirty. 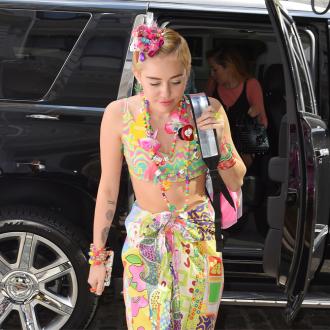 Miley Cyrus' new boyfriend is mortified by the state of her home.

Patrick Schwarzenegger is smitten with the 'Wrecking Ball' hitmaker but is put off by her habits of dropping cigarette ash on her furniture and allowing her many animals to go to the toilet wherever they want.

A source told heat magazine: ''Patrick went to her house after they partied on Halloween but he's not spending much time there.

''There was dog poop everywhere and her once-white couch is covered in burn marks and unidentifiable stains.''

It was claimed recently that Maria Shriver - Patrick's mother - is ''very worried'' about how her son is being influenced by his new girlfriend.

Maria became concerned after seeing photos of Miley on a bucking bronco shaped like a manhood at her 22nd birthday party last month.

A source explained: ''The birthday party with all the penis pictures disgusted her. That was the worst thing Miley could have done.

''Maria is very, very worried about the influence Miley's having on Patrick. She fully believes that you become who you surround yourself with and she's always been so happy with the friends Patrick chooses, she never saw this coming.''