Looks like Patrick Schwarzenegger's mother is less than happy with Miley's antics.

Miley Cyrus has reportedly been banned from all high-profile Kennedy events by her new beau Patrick Schwarzenegger's mother Maria Shriver, as she apparently continues to be unhappy with the couple's relationship.

Poor Miley never gets a break! The 'Wrecking Ball' singer - known for her sexually charged on-stage antics, twerking talents and, regrettably, open use of marijuana - has already been rejected by her new boyfriend's family, for reasons that have not yet been confirmed. For those who don't know the Schwarzenegger-Shriver-Kennedy family tree, Maria Shriver is the daughter of Eunice Kennedy which makes her uncle the former President John F. Kennedy. While this should mean that Miley is onto a good thing dating into such a high-profile family, sources suggest she's less than welcome.

Patrick's sister Katherine, an author, recently celebrated her 25th birthday but Miley was not issued with an invitation. Now, the couple have been forced to juggle Christmas arrangements as well, as she has been made to steer clear from any upcoming festive parties surrounding the Kennedys. Though to echo one of Miley's comeback hits, it's their party, they can do what they want. 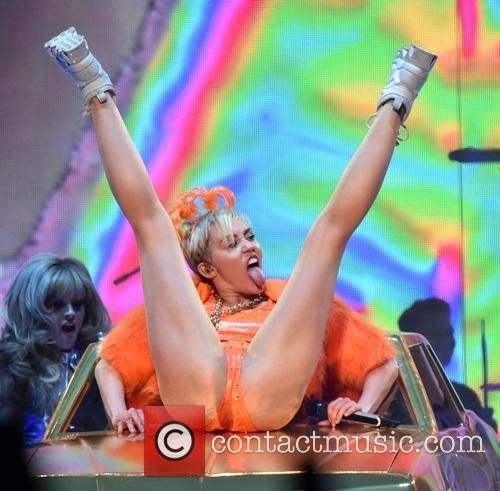 While it hasn't been confirmed exactly what's bothering Shriver about Miley, sources revealed to HollywoodLife that it may have had something to do with her 22nd birthday antics which saw her partying virtually topless. 'Maria is very, very worried about the influence Miley's having on Patrick', the source said. 'She fully believes that you become who you surround yourself with and she's always been so happy with the friends Patrick chooses, she never saw this coming.'

There's no indication yet of whether the other side of Patrick's family - such as his 'Terminator' father Arnold Schwarzenegger - share Shriver's feelings, but we're kind of hoping he can see a ray of sunshine in the young popstar.