Miley Cyrus 'Bangerz' Tour? It's Got Nothing On Madonna's MDNA

Miley Cyrus might be making headlines with her ‘Bangerz’ tour, but the Queen of Pop Madonna might have something to say to anyone naming it the most controversial tour ever. Sure Miley has the parents up in arms, but it only takes a tweak for that to happen, back in 2012 Madonna pushed the boundaries of politics and freedom of speech on her infamous 'MDNA' tour. 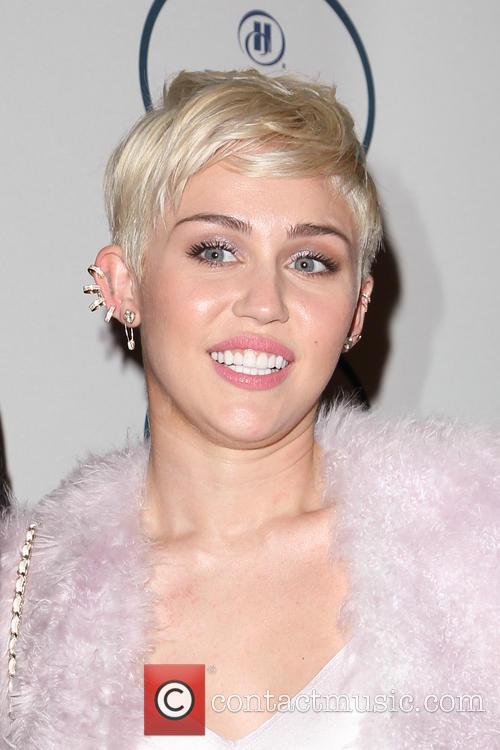 Miley Cyrus, her tour's going off with a Bang(erz)

In 2012 Madonna proved that entering her fifties could do nothing to tame her. The then 53 year old singer embarked on a world tour entitled ‘MDNA’ and faced controversy in France, Russia, UK and the United States over the show’s political themes, depictions of violence and, yes Miley, even nudity.

Most of Miley’s 'Bangerz' controversy centres around a Bill Clinton mask, a cannabis leotard and the kind of dancing we’ve come to expect from the girl who made twerking the buzz word of 2013. Let’s start with the Bill Clinton drama. Many of Miley’s fans might be too young to know who Monica Lewinsky is or be totally clued up on why the ex-President is so closely associated with cigars, but after viewing Miley’s on stage pictures they’ve probably wikipedia’ed it.

During her performance of ‘Party in the USA’, a man appears on stage in a Bill Clinton mask and Miley ‘simulates oral sex with him’. Outrageous? Not really. Desperate? Perhaps, after all she’s using an event that was made infamous well over 15 years ago to inject a bit of sexy humour into her show. But still, most of the parents complaining probably made a few Lewinsky jokes back in the day, so they should really be more offended that she couldn't pick a more current topic. Apart from the Clinton mask, the show’s other infamous prop is a giant hotdog. We’re not sure if that one’s intended along the same vein as the Clinton mask, or if its just a bit of silliness but all this is relatively tame compared to what Madonna was up to in 2012. 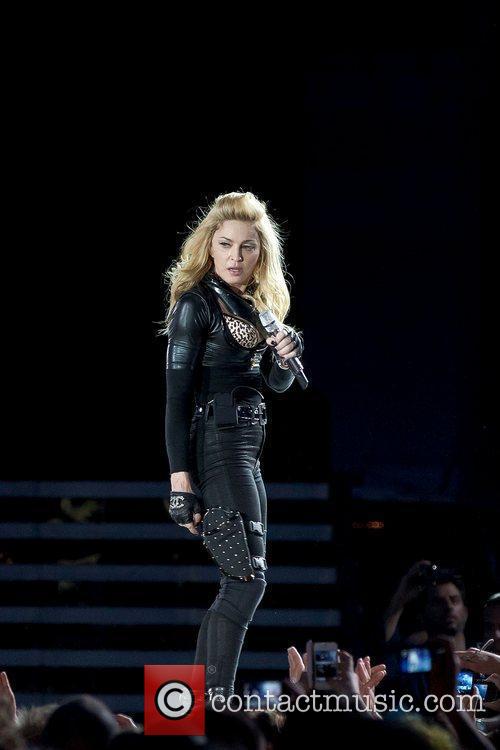 Madonna during her MDNA tour 2012

Madonna’s choice of controversial props during the 'MDNA' tour was fake firearms, which she performed with during the opening three songs. During one song, ‘Gang Bang’, the singer mimics shooting the male dancers whilst blood splatters on the backdrops. Madonna faced immediate criticisms for her depictions of weapons and violence and Scottish police even threatened to interrupt her show in Edinburgh. There would be further controversy after the 2012 shootings in Aurora, Colorado where Madonna was scheduled to perform. Despite calls to remove the segment from the show she went ahead as planned upsetting many members of the community. Another controversial element of the show was her use of a picture of French far right politician Marine Le Pen appeared on screen during a morphing segment with a swastika superimposed on her forehead. The french National Front threatened to sue the singer, and Le Pen’s supporters covered up tour posters with her campaign posters. Madonna would remove the swastika from the video instead replacing it with a question mark.

That wasn’t the only time Madonna got political during the tour. She would also urge fans to vote for Barrack Obama and pledge her support for Pussy Riot, who at the time had just been arrested. She would later don a balaclava, like the punk band, to perform ‘Like A Virgin’. However a major political theme of the concerts would be her support for LGBT rights. Before performances, pink wristbands were given to audience members, she would later ask for the wristbands to be raised when she made a speech stating, ‘I am here to say that the gay community and gay people here, and all around the world, have the same rights, to be treated with dignity, respect, tolerance, compassion, and love.’ Although the message was generally well received it brought her further controversy in Russia where anti-gay campaigners announced they’d sue her for $10.7 million, arguing that she was promoting "homosexual propaganda" , an illegal offence in the country.

For Miley, politics doesn't stretch much further than her support for the legalisation of marijuana, which she made clear in her recent interview with W Magazine. On the ‘Bangerz’ tour this stance is shown in her choice of leotard which bares a picture of a cannabis leaf. However there’s a lot more racy costumes to be seen in Miley’s show along with some equally risque dancing. On stage she’s groped a dancer’s behind, grabbed her crotch a lot, bared her bottom in some very high cut outfits and engaged in customary twearking. Some parents have gone so far as to label it a porn show. Clearly they weren't around when Madonna’s MDNA tour came to Istanbul in May 2012 and the singer flashed her breast during a performance of ‘Human Nature’. The action confused many as some worried about the repercussions due to Turkey’s largely Islamic population and others praised it because Madonna was 53 at the time - and what better age to flash at? Miley best remember that Madonna (literally) wrote the book on sex so she has a lot of catching up to do. 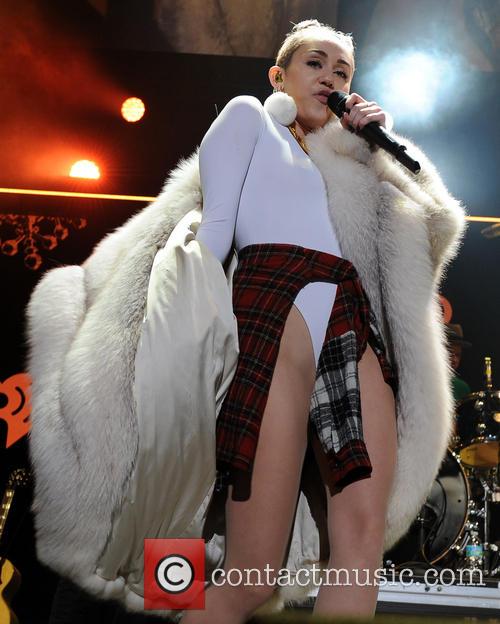 Something tells me that Miley is probably all too happy that her latest tour is causing controversy. Why not? That’s what her career has thrived on for the past year, but if she ever wants to create a real stir, she may have to call on the original bad girl Madonna for some ideas.