Miley Cyrus And Pink Arrive At Vmas 2012 With Same Hairstyle 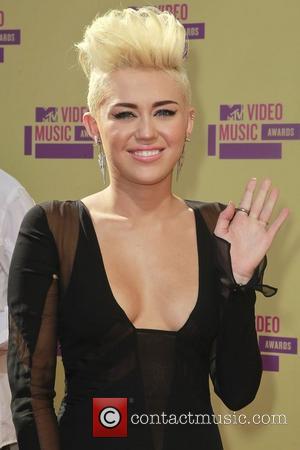 Miley Cyrus probably thought she was going to cause a stir with her edgy new look at the MTV Vma's at the Staples Center in Los Angeles on Thursday (September 6, 2012). To be fair to the singer and actress, she stole the headlines, though perhaps for the wrong reasons.
Fresh from her radical haircut, Miley rocked up to the awards show with a highly stylized blonde hair-do. Of course, this would have been perfectly fine, but for one little problem: Pink. The 'Raise Your Glass' singer turned up the celebrity awards show rocking the exact same hair. Same colour. Same style. However, there's no question as to who copied who: Pink has been rocking the same haircut for years and pretty much owns the style. It seemed a bizarre choice for Miley and her stylists given that, firstly, they would have known Pink was attending, and secondly, her original bleached blonde pixie cut was far more original. Cyrus also donned a figure hugging black dress with sheer panels and a plunging neckline.
Miley Cyrus' VMA 2012 look was just one of the evening's fashion talking points. Rihanna rocked up to the event with a new short hairstyle, while Taylor Swift opted for an angelic looking white trouser suit. The country star features in most of today's best dressed lists.