Miley Cyrus and Liam Hemsworth Wedding on the Horizon? 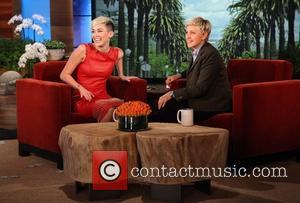 Picture: Miley Cyrus makes an appearance on The Ellen DeGeneres Show on Thursday, November 8th. Ellen talks with Miley about her new haircut. Plus,...

Miley Cyrus appeared on the Ellen Degeneres Show chatting about her career, engagement and wedding to Liam Hemsworth. In an endearing interview with the young singer/actress, she spoke about the as-yet-unplanned wedding and subsequent marriage with surprising maturity.

DeGeneres asked Cyrus whether the wedding would be any time soon, but despite dubious reports that it's set for next June, Cyrus said that she doesn't know. "I'm so focused on my record I don't want to be between touring and all planning all that" she said. She spoke with seeming honesty about what she's looking foreward to most. "This is the one day that I choose. There is some rumor going around that I'm having, like, 47 weddings. I'm not," she said. "I'm having one wedding. That's my day and whatever I want on that day will be about me and that moment. That look of love. That moment when he first gets to see me in my dress and everything all together. It has to be perfect."

Naturally, talking about weddings lends itself to romance, so Miley began to gush it: "It has to be like a soundtrack in a movie. That's the one day that movie crap is real... That romance. That look is the time that you get that. I've been to probably 10, 20 weddings and I've seen that real look five, six times. It's rare that people just stop to really look the person in the eye and know that this is your life together." It's all very sweet. A little too sweet. Which is probably why DeGeneres chose to bring out some male strippers for a surprise, early bachelorette party. Ellen and the production team all pretended that a small explosion at the back of the stage was a broken light, that they needed handymen for. Cyrus was a good sport and engaged in a little bum slapping and throwing around dollar bills.

Miley will be performing at the VH1 Divas special in December and she's reprising her role in Two and a Half Men this week.