Miley Cyrus and Liam Hemsworth Split? An Insider Says Not Yet 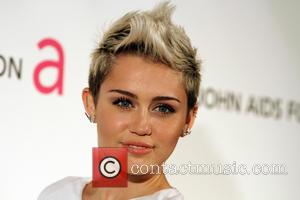 The rumour mill has been churning away ferociously over the past few days due to speculations about the possible split between cute engaged couple Miley Cyrus and Liam Hemsworth.

An insider told E! News that their relationship was on "rocky" ground but they were going to put in the effort to make it better, because they both "want it to work."

With two very busy schedules it's no wonder that the young couple may have come up against some obstacles - long distance relationships are never going to be easy. Liam was in his native land of Australia over the last week, while now he has jetted off to Manila, the Philippine city, to do some work with Bench, for whom he is now a brand ambassador.

Meanwhile, as NYDaily News reports, Miley has got herself an amazing new tattoo of a little DaVinci style anatomical heart, a picture of which was Instagrammed by tattooist Kat Von D. It looks much better than that description sounds, although a little sore in the photo.

Miley already has a few tattoos, and even has a paired one with her fiancée; they both have inks of different parts of a Franklin D. Roosevelt speech. Hers says "so that his place shall never be with those cold and timid souls who neither know victory nor defeat," while his says, "if he fails, at least fails while daring greatly." Apparently the break-up rumours began when she was seen without her engagement ring, but that is reportedly down to having it sent off for repairs as she explained on Twitter in reply to one of her backup singers.