She's Just Being Miley! An Infectious Live Rendition Of 'See You Again' By Miley Cyrus

She performed the old track at her Rainbowland Studios last week.

Miley Cyrus performs a sensational rendition of her second ever solo single 'See You Again' live from Malibu. It might be ten years old, but this tune is still as relevant as ever and proves that Miley has only grown with her musical talent over the years. 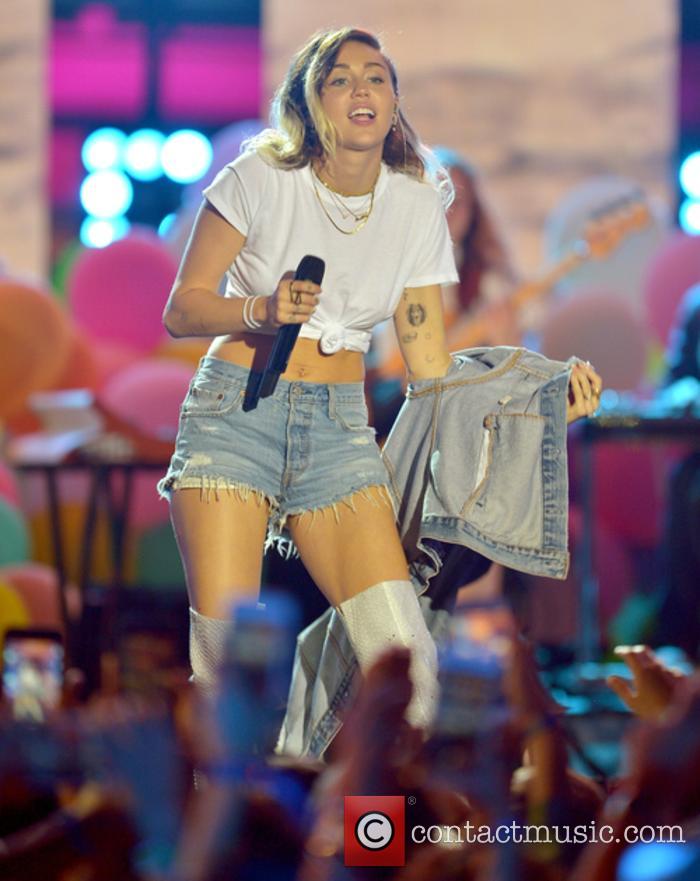 The 24-year-old played 'See You Again', from her debut album 'Meet Miley Cyrus', live at her own Rainbowland Studios in Malibu as part of BBC Radio 1's Live Lounge video series. She donned an Elvis Presley T-shirt and blue cowboy boots for the country-infused song which was first released in 2007, and was backed by a band featuring a double-bassist, acoustic guitarists, a ukulele player, backing singers and a pianist. It's safe to say she's changed a lot since then.

The song was co-written by producers Antonina Armato and Tim James and released on Hollywood Records. It followed her first single 'Ready, Set, Don't Go' featuring her father Billy Ray Cyrus from his album 'Home at Last'.

'It's fun putting your name in songs', she said mid-song, as she sang the lyrics: 'You asked what's wrong with me/ My best friend Lesley said, 'Oh, she's just being Miley.'' The BFF being in reference to her childhood friend Lesley Patterson.

Miley also did a rendition of her 2009 hit 'Party In The U.S.A.' from 'The Time of Our Lives' album, and 'Younger Now' and 'Malibu' from her forthcoming album also entitled 'Younger Now', as well as a stunning cover of 'The First Time Ever I Saw Your Face' which was made famous in 1972 by Roberta Flack.

More: Everything you need to know about 'Younger Now'

Her next scheduled performance is at the 2017 iHeartRadio Music Festival on September 22nd at the T-Mobile Arena in Las Vegas. 'Younger Now', produced by her long-time studio collaborator Oren Yoel, is set to be released on September 29th 2017 through RCA Records.