In case you needed to hear it from the horse's mouth.

It's hardly news, given that both of them have been seen together repeatedly since late last year, but Liam Hemsworth has finally confirmed that he's back together with Miley Cyrus in his own official statement. Well, he's about as clear as Liam Hemsworth is able to be. 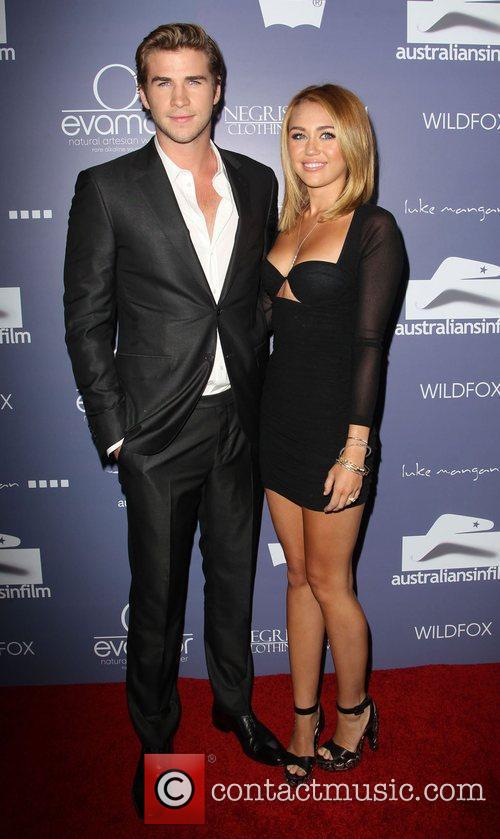 Liam Hemsworth and Miley Cyrus are officially back together

'People will figure it out, they already have. They're not dumb', he said in an interview with GQ Australia, after being quizzed about whether or not he is actually back together with the 'Wrecking Ball' singer. 'I guess when I feel something, then I just feel it and I go for it', he said. 'I make my decisions about what's going to make me happy, what I think is right and what I want to do - and I don't worry too much outside of that.'

A little history in case you need reminding of their initial relationship. They met while filming 'The Last Song' together in 2009 and had an on-off relationship before getting engaged in June 2012. By September 2013, they had split and Cyrus eventually moved on to date Patrick Schwarzenegger for four months. Hemsworth said of the split: 'Of course it was hard, man. But at the time we were going in different directions and it's just what needed to happen. We were both super young and it was a good decision at the time - we both needed that.'

More: Miley Cyrus not in contact with ex Nick Jonas

However, they were pictured spending time at Australia's Falls Festival together, enjoying lunch dates with their respective families and even showed up at the premiere of Liam's brother Chris Hemsworth's movie 'The Huntsman: Winter's War' together in LA in April. Cyrus' godmother Dolly Parton also confirmed the relationship herself. 'I was really happy to hear that they had gotten back together', she told Entertainment Tonight in March.

While it was always obvious that they had got back together, really, speculation remains over whether or not they are engaged again. Indeed, Cyrus has been pictured wearing her ring from their initial engagement since January, but that doesn't necessarily mean anything. Hemsworth said himself while talking to TV Week in April that he wasn't engaged. 'I am not engaged, no', he said, though that could have just been a way to maintain the privacy of his private life.

Miley's dad Billy-Ray Cyrus certainly seems to think wedding bells are on the horizon, though. 'They're really happy together right now', he told Us Weekly. 'They know if they need a preacher, they've found one.'