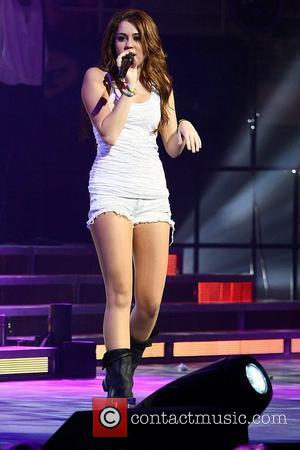 Miley Cyrus has brushed off a clash with California restaurant bosses - after leaving servers fuming last week (04Oct09) when she failed to leave a tip for dinner.
The 16 year old ranks among the highest paid teen stars after making a reported $25 million (£16.7 million) last year (08).
Cyrus dropped $70 (£46.70) for herself and sister Brandi at Outback Steakhouse in Burbank last Sunday, but stunned the staff when "she kept all the change" after grabbing the meal and leaving the eatery, according to the New York Post.
But a spokesperson for the star insists she was unaware of the blunder, with a spokesperson for Cyrus telling the publication, "She didn't know she was supposed to tip unless she was eating inside."