Bristol Palin has a bone to pick with Miley Cyrus.

Bristol Palin, the daughter of the former governor of Alaska Sarah Palin, has a few choice words for Miley Cyrus. Palin wrote a blog post on a Christian website in response to Cyrus’ comments in a recent magazine interview. 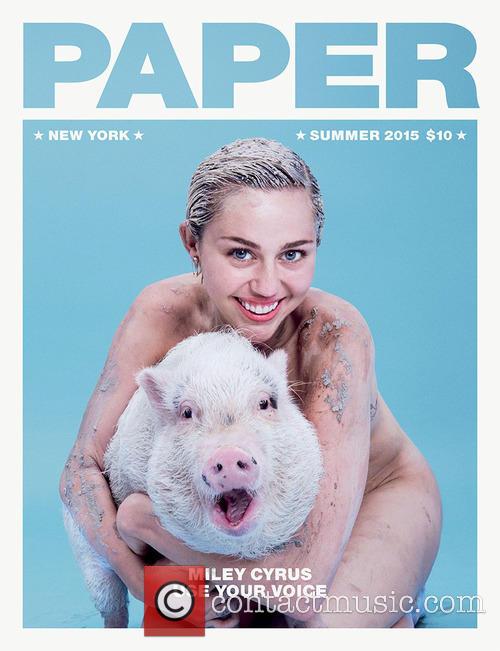 Miley Cyrus was interviewed by Paper magazine and her comments were published earlier this week.

Cyrus was interviewed for Paper magazine and offered her opinion on what she perceives as conservative law makers in the US. She insinuated it was Christian fundamentalists within the US government who were preventing crucial and potentially life changing laws from being passed with regards to LGBT rights. Cyrus has become an advocate of LGBT rights and the homeless and is using her prominent position to raise awareness and try to enact change.

"Those people [shouldn't] get to make our laws," Cyrus stated in the interview.

Cyrus continued in the interview by suggesting fundamentalist Christians need to move on and not necessarily believe everything the Bible tells them. Paper used the example of Noah’s ark and how some, remarkably, still consider a literal interpretation viable.

"That's fucking insane,” Cyrus said in response to a question about the ark. “We've outgrown that fairy tale, like we've outgrown fucking Santa and the tooth fairy."

Unfortunately, Cyrus ruffled more than a few feathers and Palin has become the most prominent and outspoken of her critics. In her blog, Palin claimed Cyrus was being hypocritical in her approach as she claimed to promote tolerance but criticised those who believe in a literal interpretation of the Bible. Palin accused Cyrus of being “fake”, by which we think she means hypocritical.

“Is it just me or does it seem more than a little fake that someone claiming to be accepting of everyone and everything would spew such  judgment towards her own parents and their deeply held religious beliefs?” Palin wrote. “She wants everyone else to let her be “free to be Miley,” but seems unwilling to offer the same respect to her parents and those who wish to live out their Christian faith.”