A knowing, very sharp script gives this comedy a very strong kick as it tells a story about interlopers in America's Christian subculture. It would have been easy to either take cheap potshots or veer into inspirational sentimentality, but the filmmakers cleverly navigate a middle ground that refuses to simplify either the morality or the message. It's a lively, entertaining romp with real bite. 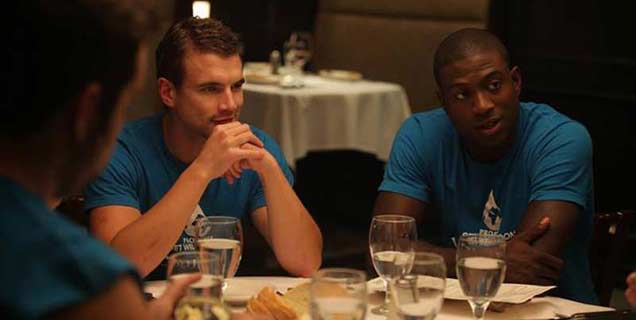 The film opens in Austin, Texas, where Sam (Alex Russell) is stunned to learn that he won't graduate and go to law school unless he pays $9,000 in overdue fees. Then he gets an idea from a Christian youth group raising funds for a mission trip to Hawaii: why not start a charity funding wells in Africa and keep some of the cash for himself? He enlists the help of his three best friends (Miles Fisher, Max Adler and Sinqua Walls), and before they know it they're headlining major events to adoring crowds across the country. This rock-star life is very lucrative too, especially as they continue to learn better ways to convince the crowd that they're true believers. But as the moral high ground becomes swamped by all that cash, they begin to have their doubts.

It's clear that writer-director Will Bakke and cowriter Michael B. Allen know only too well what they're talking about, as the film cuts a razor-like swathe right through church culture, from repetitive worship songs and cliche-ridden prayers to Christian-targeted movies. Even more pointed is the way the film deals with the vast amounts of money that have essentially turned the fundamentalist church in America into a mega-corporation that knows exactly how to deploy right-wing political sloganeering to get their followers on their feet cheering. These issues are actually integral to the story, as Sam and his friends discover the secrets to helping Christians feel better about themselves as they part with their cash.

A knowing, very sharp script gives this comedy a very strong kick as it tells... 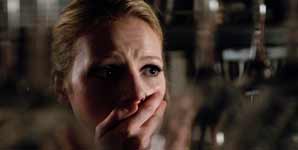