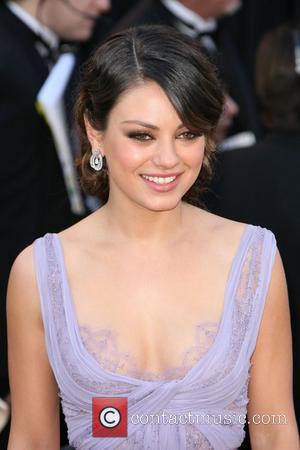 Esquire market themselves, as "Style and Substance" which is perhaps why their sexiest woman alive for 2012 is Mila Kunis. And Mila Kunis truly embodies that phrase- style and substance.

Known primarily for roles in comedy, Kunis has starred in 'That 70s Show' playing a spoiled teenager, voicing Meg on Family Guy and most recently films such as Forgetting Sarah Marshall and Friends With Benefits, her genuine wit and choice of roles is one marker in many ways that she's more than just a pretty face. She has also taken on far darker roles in The Book of Eli and the instant modern classic, Black Swan.

Kunis has a unique outlook on life, or at least, unique for Hollywood. Her childhood upbringing in the Ukraine, where she lived until the age of 7, and her Ukrainian parents, she feels have a lot to do with how down to earth and centred she is. In an interview with Style Magazine she said "the rules I followed as a kid and as a teenager were that of European parents... [were] very respectful. There was no 'I want'; no slamming doors. There was a line of respect my parents taught me and there is a work ethic that they instilled in me at a very young age." She and her family are all very politically aware and she has been very outspoken in her support of the Democratic party.

She is currently dating Ashton Kutcher, her co-star from That 70s Show and has just finished filming for Oz: The Great and Powerful, plus this year she has become the face of Dior handbags. 2012 is the year of Mila Kunis, and this accolade from Esquire is merely another achievement to add to and already long list.