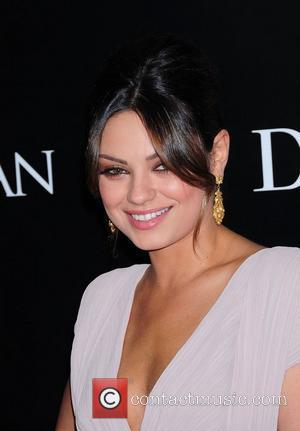 Mila Kunis, the 27-year-old American actress and star of the recently released thriller 'Black Swan', is set to join the cast of 'Ted', a comedy movie written and directed by 'Family Guy' creator Seth Macfarlane, according to the Hollywood Reporter. Kunis, who voices the character of 'Meg' on MACFarlane's hit animated show, will be joined on the cast by the actor Adam Scott.
The film follows the story of a man who as a young boy made a Christmas wish that his beloved teddy bear would one day come to life and become his best friend. His wish eventually comes true but two decades later the bear has evolved into a "cursing, smoking, delinquent that is preventing the man from maturing". MACFarlane is set to provide the voice of the reprobate bear himself. Kunis will play the girlfriend of the main character who eventually loses patience with her boyfriend's 'best friend' and studio bosses are reportedly in final negotiations with Mark Wahlberg to star in the lead role.
Kunis' new movie 'Black Swan' was among the nominees for next year's Golden Globe Awards when the contenders were announced yesterday (14th December 2010). The film, which also stars NATATLIE PORTMAN, faces competition from 'The Fighter', 'Inception', 'The Social Network', and 'The King's Speech' in the category of 'Best Picture'.