Mila Kunis Talks How Breastfeeding Is A "Great Workout"

After giving birth only two months ago, the Hollywood star has nearly lost all her pregnancy weight...by breastfeeding.

Ashton Kutcher and his fiancé Mila Kunis welcomed a baby girl into the world in Los Angeles on October 1st, and the first-time mother already has lost a lot of her post-pregnancy weight, which she apparently achieved by breastfeeding. 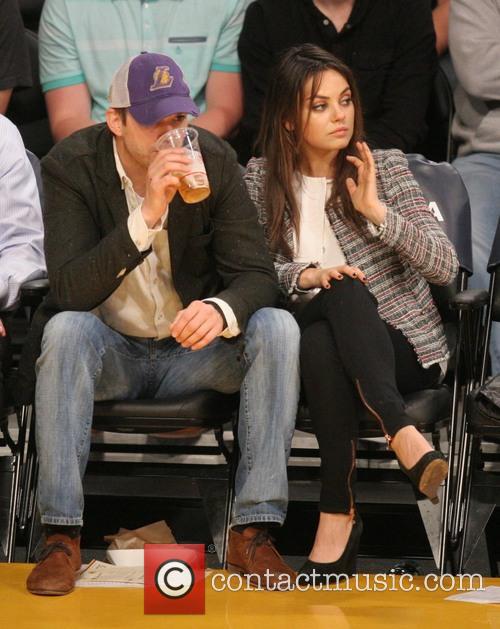 While appearing on 'The Late Late Show With Craig Ferguson' on Wednesday (Dec 10th), Kunis opened up about dealing with parenthood, and revealed she got back her pre-pregnancy body in less than two months by breastfeeding.

When asked about her gym routine by the host, she responded, "It's called a baby. Breastfeeding's a great workout!"

Ferguson, who is a father to sons Milo, 13 and Liam, 3, also joked that bringing up a baby daughter will be easy for Kunis and Kutcher.

"Yeah I think so," the Hollywood actress replied. "Until they're teenagers," Ferguson said while smiling.

More: Ashton Kutcher And Mila Kunis Are Set To Tie The Knot Next Year

Although the couple's daughter, Wyatt Isabelle, is just over two months old, it already seems the former 'That 70's Show' co-stars are taking to parenthood rather well, especially Kunis.

While appearing on The Ellen DeGeneres Show on Friday (Dec 12th), the first-time father couldn't stop gushing about how well his future wife is handling motherhood. "The most amazing thing about having a baby is my partner, Mila," he said. "She's the greatest mom I can't even. I go to work every day and I come home and she's like perfect. And it just seems like everything went amazing. And I know that something probably didn't go amazing, but she never tells. it's unbelievable. She's incredible."

Congratulations to the pair!