Mila Kunis, in a recent interview, appears to have confirmed rumours of her marriage to Ashton Kutcher.

Mila Kunis appears to have confirmed her marriage to Ashton Kutcher. The couple are rumoured to have tied the knot over 4th July weekend. However, in an interview last month, Kunis referred to Kutcher as her “husband”. It is uncertain when the couple wed but this is the first time either has seemingly confirmed their marriage. 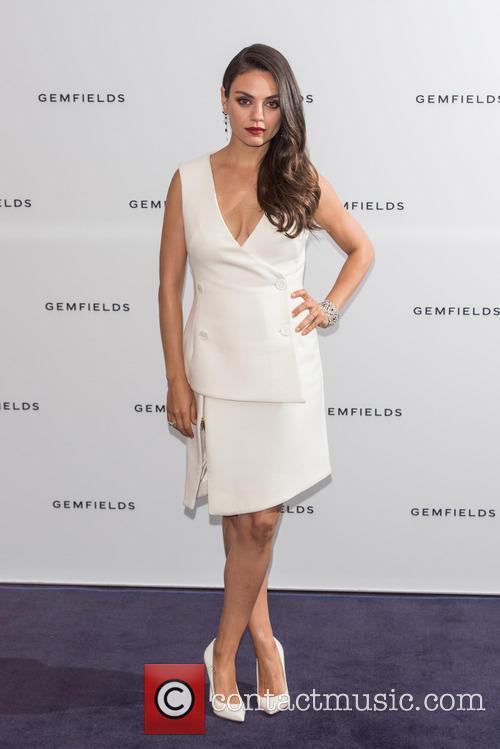 In an interview with the Telegraph, conducted last month but published on Saturday (11th July), 31-year-old Kunis repeatedly referred to Kutcher as her husband. She discussed their home life, explaining how they are both extremely busy but still have time to do things like co-ordinate Halloween outfits.

“Oh my God, my poor household is crazy,” Kunis revealed. “I also have a brilliant husband who works day and night.”

“For Hallowe’en, we do family outfits. It makes every­one go crazy,” Kunis added later in interview. “Last year I dressed [my daughter] as a pig. I went as a pig. And my husband went as a pig.”

Kutcher has a remarkably busy schedule, even compared to Kunis’ voice acting roles on Family Guy and the upcoming Hell & Back. He continues to act but has branched out into the business world, investing in such companies as Skype, Airbnb and Foursquare.

Despite 37-year-old Kutcher’s busy schedule, he still makes sure he has plenty of time for his family. Kunis revealed how Kutcher is a very hands on when it comes to parenting their 10-month-old daughter, Wyatt. Kutcher even promised he was happy to change every nappy. However, he quickly realised how difficult this is to do without straying into women’s toilets. So he started a campaign to ensure public places have a gender neutral baby changing facilities, accompanied by the hashtag #BeTheChange.

“My husband is an incredibly hands-on dad,” Kunis revealed. “When my child was born, I was breast-feeding and he said, “That’s your connection, I want to change every diaper.”

Kunis and Kutcher first met when they starred together on That ‘70s Show. They started dating in 2012 and announced their engagement in 2014.

Kunis was previously romantically involved with Home Alone actor Macauley Culkin from 2002 until 2010. Kutcher made headlines in 2005 when he married actress Demi Moore, Bruce Willis’ ex-wife, who was 15 years his senior.