So Why Did Ashton Kutcher Get Mila Kunis To Sign Up For Tinder?

The new mom has been speaking to Jimmy Kimmel following her first red carpet appearance since daughter Wyatt Isabelle's arrival.

Would you ask your significant other to download Tinder? Well that’s apparently what happens when your dating the technology loving Ashton Kutcher. Ashton’s other half Mila Kunis dished about life with the 'Two and a Half Men' star, including the gadgets he’s made her try out, during her Tuesday night appearance on Jimmy Kimmel Live and yes it doesn't stop with Tinder. 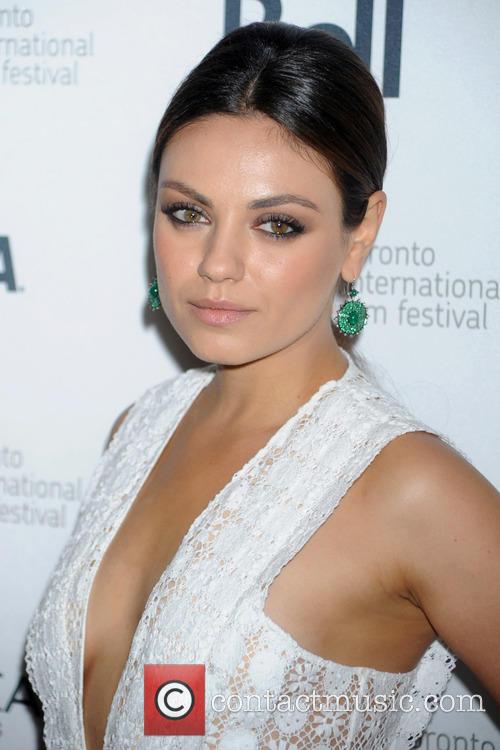 Did you happen upon Mila Kunis on Tinder?

Sitting on Kimmel’s sofa just a day after wowing us in her first post baby red carpet appearance at the Jupiter Ascending premiere, Mila was asked about her fiancée Ashton’s other career, as a tech entrepreneur.

Kunis said that now Ashton is a father, people are constantly brining him baby ideas, which he of course would run by Mila. Speaking about one such invention, Belly Beats, the actress said, "You put the little microphone around the belly, and you can hear the baby's heartbeat.”

The actress explained that she didn’t enjoy the invention because you you may not hear the baby's heartbeat, and then a panic ensues. “ It's like WebMD but bad, it's bad!” Kunis concluded.

But one less family friendly invention Kunis could get behind was Tinder, the dating app which lets users swipe away unwanted matches.

“When we started dating...Tinder hadn't been really out yet," Mila began. "And he was like, 'So babe, you know, I got this thing that I'm thinking about...You need to do me a favour and look at this app. Download [it].' I was like, 'No problem!’"

“I download Tinder, OK? I was like, 'What is this?' Like, swiping things left and right. I was like, 'This is amazing!' “ “This is stuff that I do at home. He makes me go on all of these websites. Everything!” Kunis continued. Adding that she’d also tried on Grindr on the request of Kutcher.

“I have to be honest. I was with her every day for the first four months of her little life. It's very strange. If anyone's a mom, and being a stay-at-home mom, it's a very weird feeling to all of a sudden leave your child.”