Kunis wrote an essay on misogyny in Hollywood that was published via her husband Ashton Kutcher's blog this week.

Mila Kunis has revealed how a film producer once threatened her career when she refused to pose semi-naked for a men’s magazine, in an open letter published via her husband Ashton Kutcher’s blog.

The 33 year old, who is imminently expecting her second child with Kutcher, penned an essay sharing her experience of misogyny and casual sexism in Hollywood on ‘A Plus’ on Wednesday (November 2nd). In it, she recounted how a producer told her she’d “never work in this town again” unless she posed with her clothes off. 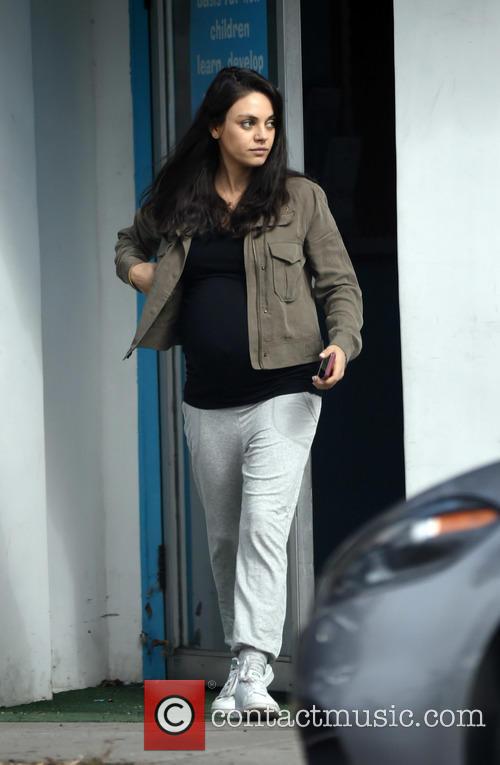 Mila Kunis penned the essay for her husband's blog

“I was livid, I felt objectified, and for the first time in my career I said ‘no’. And guess what? The world didn't end. The film made a lot of money and I did work in this town again, and again, and again.”

It’s not clear when exactly this happened, but Kunis had previously posed in a similar way for Esquire, FHM and GQ while promoting movies in the past. However, she said that doing this had always made her felt “compromised”.

“Throughout my career, there have been moments when I have been insulted, sidelined, paid less, creatively ignored, and otherwise diminished based on my gender,” the actress, famous for voicing Meg in ‘Family Guy’ for more than a decade, continued.

She also revealed that she withdrew from a project after an executive at a major network to which she was pitching it referred to her as “soon to be Ashton's wife and baby momma.”

“I taught myself that to succeed as a woman in this industry I had to play by the rules of the boy's club. But the older I got and the longer I worked in this industry, the more I realized that it's bull****! And, worse, that I was complicit in allowing it to happen.

“If this is happening to me, it is happening more aggressively to women everywhere. I am fortunate that I have reached a place that I can stop compromising and stand my ground, without fearing how I will put food on my table.”