The 'Jupiter Ascending' actress played coy when she was recently quizzed about her and Kutcher's marital status.

Ever since the year began, Ashton Kutcher and Mila Kunis, who welcomed a baby girl into the world in Los Angeles on October 1st, 2014, have been at the centre of rumours claiming the pair secretly tied the knot. 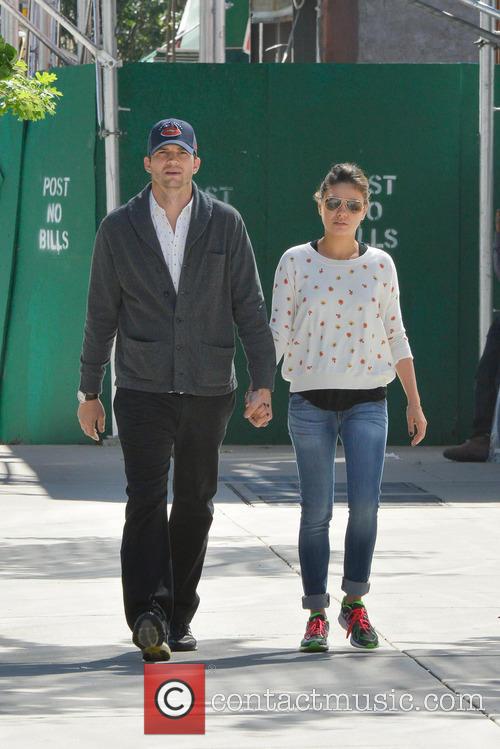 Kunis and Kutcher are rumourd to have secretly tied the knot

But when Kunis finally gets the chance to set the record straight on the Hollywood pair's marital status, she avoids giving a straight answer while appearing on The Ellen DeGeneres Show on Tuesday (Feb 3rd).

"It's my duty - I'm your friend - but it's my duty as a talk show host to ask you the question if you're married because [Ashton] posted this so it means something," the host Ellen asked the 'Jupiter Ascending' actress as a picture taken by Ashton that had "The Kutchers" written in the sand appeared onscreen.

While giving a little smile, Kunis responded, "I don't know. We could just be a plural. My daughter has his last name, legally. So thus there's multiple Kutchers. He has a brother that is a Kutcher."

Despite staying private about her relationship, Kunis was still willing to reveal intimate information about her daughter, Wyatt Isabelle.

Something else that Kunis was happy to discuss is how becoming mother has taught her a whole different meaning of love, something she never felt before giving birth.

"The truest meaning of unconditional love is my child. I thought I loved Ashton, I thought I loved my parents, my dogs. I was like, 'I know love.' It's such a different aspect, though. It's not like it's greater or lesser, it's just in a whole other field," she said. "If she murdered somebody in cold blood, I would love her. I would be like, 'That's okay.' It's so weird, but when she was born, I was like, 'This is the most incredible thing that's ever happened.'"