How has she not confirmed her pregnancy yet?!

Mila Kunis and Ashton Kutcher have been spotted kicking back at the Stagecoach Country Music Festival in Indio, California. The 30 year-old actress and mother-to-be looked relaxed in an array of loose-fitting outfits made of very appropriate plaid or denim and she and fiancé Ashton enjoyed the music talent on offer during the weekend event. 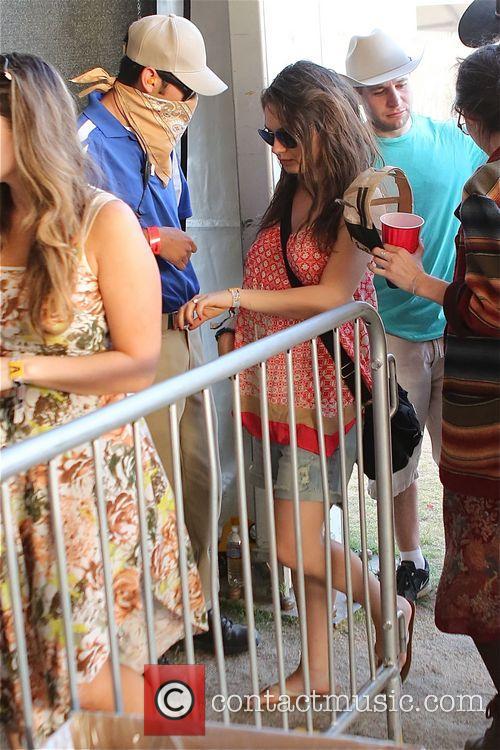 The 36 year-old Two and a Half Men actor also made sure he blended in with the crowds by wearing a cowboy hat, denim dungarees, colourful bandanas and casual slogan T-shirts. The pair looked every inch the excited parents and protective Ashton barely left Mila's side as they mingled with the other country music fans.

The couple did a great job at going incognito but surprised audiences when they leapt up on to the stage to join singer Johnny Van Zant of Lynyrd Skynyrd during the rockers' set. "The trio clutched on to each other and danced around in a circle, waving an American flag, to many cheers and shouts from the crowds," reports Hello!. 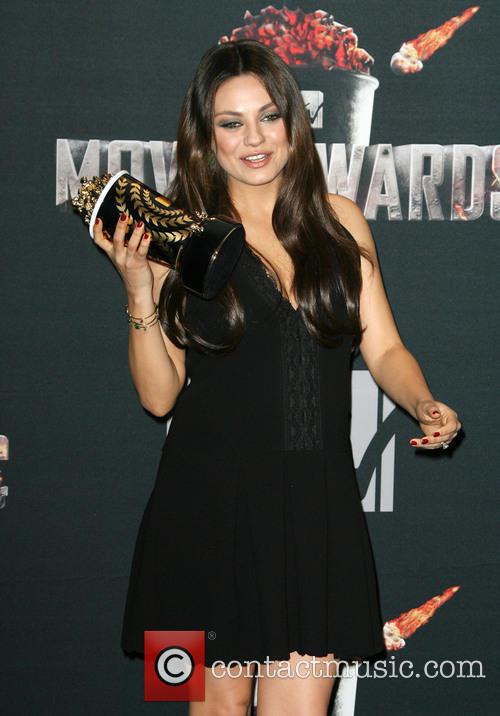 The Actress Hasn't Publically Acknowledged Her Pregnancy Yet.

Whilst the Jupiter Rising actress hasn't exactly been hiding her increasingly prominent baby bump, the very private star has not yet publically acknowledged that she is pregnant, let alone disclosed such details as the baby's sex or due date. It is rumoured that Kunis and Kutcher are expecting a little girl, according to Us Weekly, whose sources say "Mila absolutely loves being pregnant" and "Ashton is doting on Mila."

The couple have been dating for two years, much of which has been overshadowed by Ashton finalising his divorce from Demi Moore. Since the relationship with Moore is firmly in the past, the couple have acted fast to up their commitment to each other with an engagement and a pregnancy. 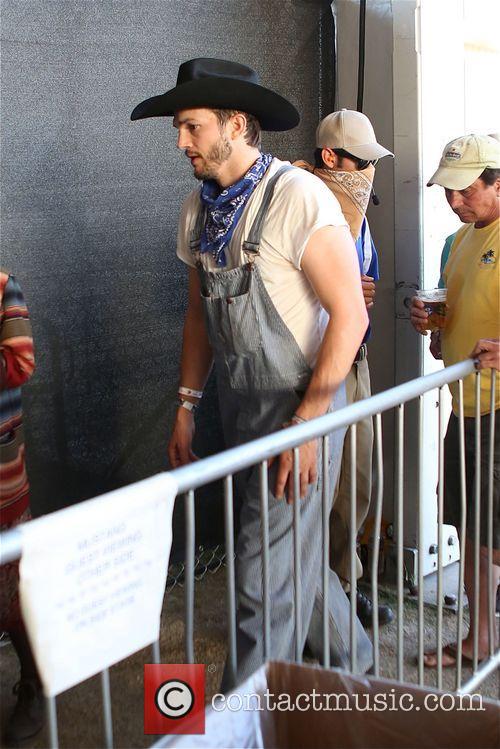 Each week there's a new rumour about when Mila and Ashton are going to finally tie the knot and whether they've already gotten hitched in secret. Last weekend's festival appearance showed that Mila's engagement ring - however hefty it is - is still the only ring on her fingers, meaning the couple could be waiting until after the birth to marry.

More: Mila Kunis makes debut appearance on 'Two and a Half Men.'