New host James Corden gets Mila Kunis to show off her wedding band.

Mila Kunis has apparently revealed that she and fiance Ashton Kutcher are officially married after appearing on James Corden's first edition of 'The Late Late Show' (set to air on Monday night) and showing off her wedding ring to a thrilled audience. 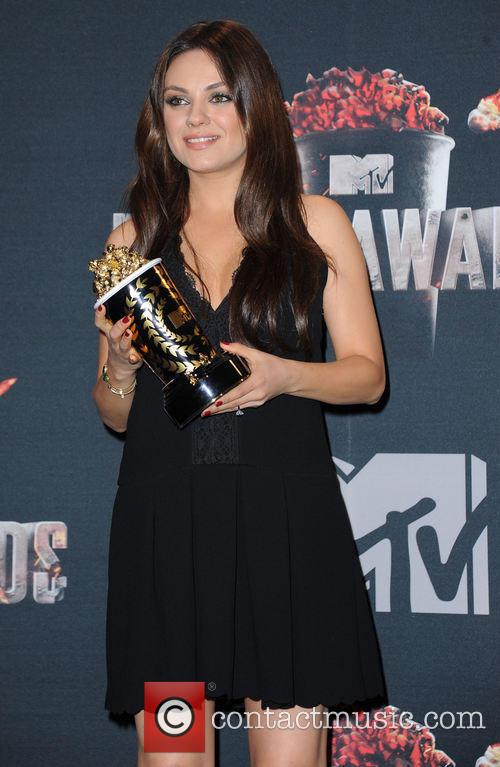 It looks like Britain's James Corden will do well as the latest host of 'The Late Late Show' as he's already managed to answer big questions with his first show. The 'Into The Woods' actor pressed Mila Kunis on whether or not she and Kutcher were married yet, having been engaged since February 2014. The 'Jupiter Ascending' star was not initially forthcoming with straight answers, persistently answering 'Maybe' to direct inquiries from Corden, but being unable to hide the glowing smile that suggested it was true.

Eventually, according to the Daily Mirror, she consented to show her wedding ring, after which Corden declared: 'They are married, look' - to no denial on Kunis' part. It was 'Two And A Half Men' star Kutcher who first got wedding rumours circling, when he shared an image of the words 'Happy New Year - The Kutchers' written in sand.

Kunis and Kutcher began dating back in 2012, having known each other for many years since starring alongside one another on 'That '70s Show'. They were engaged by February last year, and in October Kunis gave birth to their first child, daughter Wyatt Isabelle. Reports have recently suggested that they couple are already thinking about baby number two.

More: Five things you need to know about James Corden