While playing 'Spill Your Guts or Fill Your Guts', Corden asked Kunis: 'carrot stick or beer can?'

Bad Moms actresses Mila Kunis and Christina Applegate were forced to make some difficult choices when they both appeared on James Corden’s ‘The Late Late Show’, as the host invited them to play a game of his invention, ‘Spill Your Guts or Fill Your Guts’.

Essentially, it was a game of truth or dare, in which the participants had to answer questions about themselves or the other person, or consume an unusual food or drink item. By unusual, we mean things like: ghost pepper hot sauce, cow tongue, sardines, grasshoppers, calf's brain, pickle juice and clam juice... 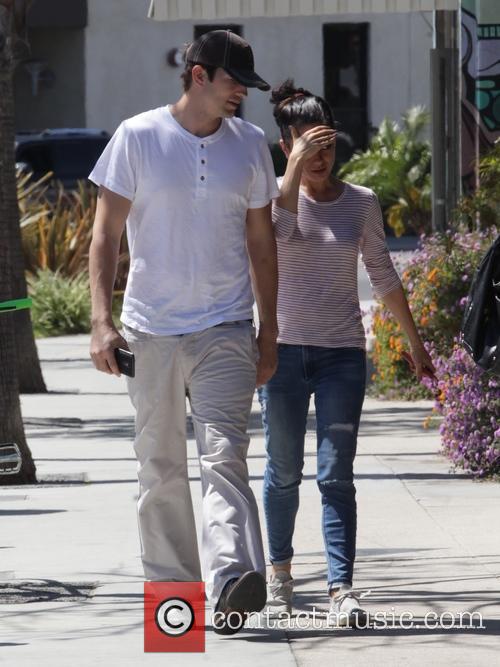 Mila Kunis and Ashton Kutcher out and about in Los Angeles

Applegate, 44, protested before the game even started that she couldn’t eat anything there. “I'm a vegetarian. I don't mind people with meats out, but I'm like literally holding my throw-up a little bit. I have a seriously sensitive gag reflex.”

Kunis was asked a VERY personal question about her husband Ashton Kutcher, as Corden read from his card: “Carrot stick or beer can?”

The 32 year old, who is pregnant with the couple’s second child, laughed as she thought about commenting on her husband's penis. “Oh, my God. What do I do?” she asked, to which Corden replied, “you can either tell us or you can drink the clam juice.”

Eventually, she replied that her husband’s junk might be more like a carrot stick. “Carrot stick?” Corden asked, raising an eyebrow suspiciously. “But beer cans are short,” Kunis explained.

“No, not a big beer can,” Corden replied. “A beer can!" Kunis shouted, changing her mind. In defense of her original answer, she told Corden “I'm thinking it's short and stubby or long and thin. But no, like a Guinness.”

The episode in question was broadcast on Monday night (July 25th), and you can see the full game below. Kunis and Applegate’s new movie Bad Moms is released theatrically on July 29th.