Mila Kunis has reportedly been targeted in a rant by a politician in her native Ukraine, who called her an Anti-Semitic slur 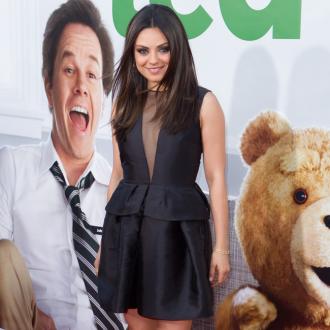 Mila Kunis has been targeted in an anti-Semitic rant.

A slur was reportedly made against the 29-year-old actress - who has been dating 'Two And A Half Men' star Ashton Kutcher for nine months - by a politician in her native Ukraine.

According to gossip website TMZ.com, Jewish organisations around the globe are furious that Igor Miroshnichenko said the 'Ted' star was not a true Ukrainian and called her a ''zhydovka'', which translates as ''dirty Jewess'' and is reportedly a derogatory word against Jewish people that was used during the Holocaust.

Protests have broken out in recent days after the Ukrainian Justice Ministry ruled that using the term to describe a Jewish person was legal, turning back a petition demanding that the offensive word be banned from the public sphere.

Mila has yet to respond to the politician's remarks.

The successful actress opened up about her early childhood growing up in the Ukraine earlier this year.

She said: ''My whole family was in the Holocaust. My grandparents passed and not many survived.

''After the Holocaust, in Russia you were not allowed to be religious. So my parents raised me to know I was Jewish. You know who you are inside. When I was in school you would still see anti-Semitic signs.

''One of my friends who grew up in Russia, she was in second grade. She came home one day crying. Her mother asked why and she said on the back of her seat there was a swastika.

''This is a country that obviously does not want you.''

When the actress was seven her parents Mark, a mechanical engineer, and mum Elvira, a physics teacher, decided to move to the US with Mila and her brother Michael.