The couple are pregnant with their second child.

Mila Kunis opens up about the highs and lows of her long friendship turned marriage to her former co-star Ashton Kutcher. The pair wed in secret last year following the birth of their first child, and now they are looking forward to bringing another addition to their family. 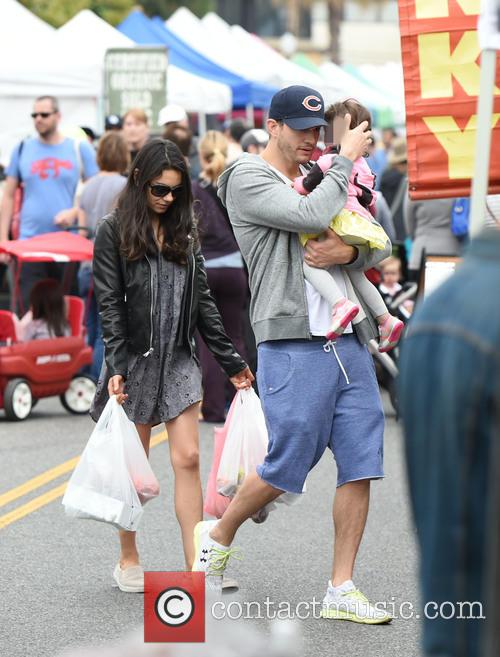 Mila Kunis and Ashton Kutcher are literally the most perfect couple in Hollywood right now. They've known each other since Kunis was 15 and Kutcher was 21, both starting out on the comedy 'That '70s Show', and now they're married with a 19-month-old daughter named Wyatt Isabelle and another child on the way.

So - ignoring the fact that they are clearly perfect for each other - what keeps these guys together? 'We can't bulls**t each other. I literally can't lie to him', Kunis told Glamour magazine. 'He can call me out on everything, and I can do the same, because there's nothing about the other person's face that we don't know. We know when they're acting, thus we know when they're lying.'

However, the pair didn't always have the best relationship, especially when Kutcher's career began to take off in the 2000s. 'We went through a period where I thought he was crazy', she confessed. 'At the height of his career, I was like, 'Ugh, I don't like you. I don't even know you anymore. You think you're such hot s**t'.'

She admits that, during this time, they 'broke up' a lot. 'Full friendship breakups', she revealed. 'And then we'd get back together and be like, 'Oh, sorry. I didn't mean to overreact'... It truly is being married to your best friend. That's a cliché; it's cheesy. But it's true.'

Plus, Kunis insists that relationships aren't always about having common ground. 'I love The Real Housewives of Beverly Hills. He thinks that show's killing brains', she admitted. 'And he lives and breathes football. When we started dating, I downloaded the ESPN app to know if his team won or lost so I would know whether to call. If the Bears lose, your whole Sunday's gone to s**t. So it saved our relationship.'