The couple are protective over their private lives and images of their daughter Wyatt, and are taking the Mail's publishers Associated Newspapers to court in the UK.

Hollywood celebrity couple Ashton Kutcher and Mila Kunis are taking the Daily Mail’s publishers Associated Newspapers to court in the UK over unauthorised pictures the outlet published of them with their baby daughter.

According to the Hollywood Reporter, Kutcher and Kunis have filed a complaint against the publishers at London’s High Court, concerning two articles which appeared recently on the MailOnline that featured “wrongful publication of paparazzi photographs of family outings”, including images of the couple with their nine month old daughter Wyatt. 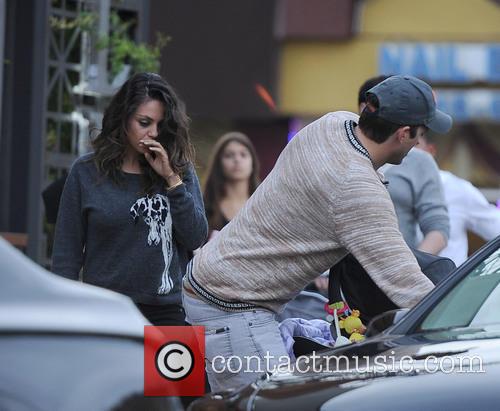 The lawsuit also alleges that the two stories were used to “promote clothing products by the Mail.” This latter refers to the MailOnline’s tendency to feature adverts within articles, inviting readers to buy the same (or identical) clothing as the celebrity that the story concerns.

More: So why has Ashton Kutcher asked Mila Kunis to sign up for Tinder?

The statement released to the Hollywood Reporter by the couple’s lawyer Paul Tweed says: “Ashton and Mila understandably value their private and family life, and in particular their personal time with their daughter. Like any other family they should be allowed to enjoy family outings without being pursued by photographers. They have made it clear that they do not agree to the publication of photographs of such occasions.”

According to the BBC, the suit also accuses the paper of misuse of private information and breaching the Data Protection Act. The two articles, dating from June and July of this year, are still available on the website and have not been retracted or taken down.

Kunis and Kutcher were married earlier in July 2015, and are parents to Wyatt Isabelle, who was born in October 2014. They are not the first celebrities to take on the Mail’s publishers: Angelina Jolie and George Clooney are among the famous names who have taken the British tabloid to court in the recent past.